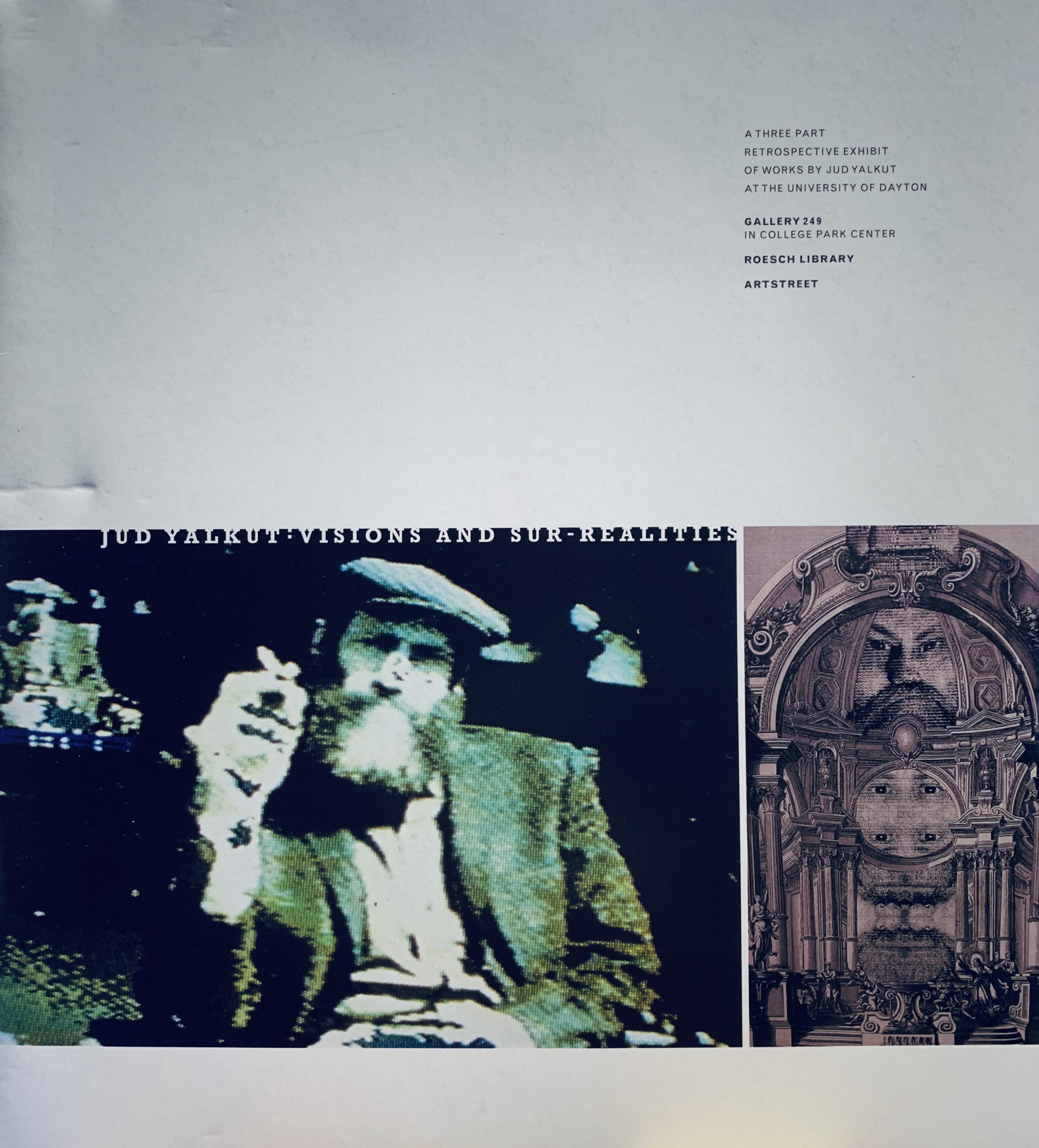 Posted at 19:12h in Jud Yalkut by paul robertson

Dayton, OH: Dayton University, n.d. (2013)
25 x 23cm, 12pp (self cover) exhibition catalogue for a major retrospective of the filmmaker’s video, film and installation work – this was Yalkut’s last show as he died in July of the same year only 2 months after the close of the exhibition. He did however ive an artist’s talk at the opening. Colour images throughout and a text by Pam Houk as well as a lengthy artist’s statement by Yalkut. Slight indent on cover (from a paper clip) else VG+. The final publication.