Posted at 10:40h in David Bellingham

Dundee: University of Dundee, 2013
22 x 15.4cm, outer folder content of five different 42 x 60cm (opened size) two-sided posters designed by the artist and a exhibition catalogue in the form of 21 x 15cm, 24pp (self cover) with interviews with the artist and one 21 x 15cm, 2pp artist's postcard. The exhinbition was of various wall drawings by the artist in the School of Humanities. VG+. 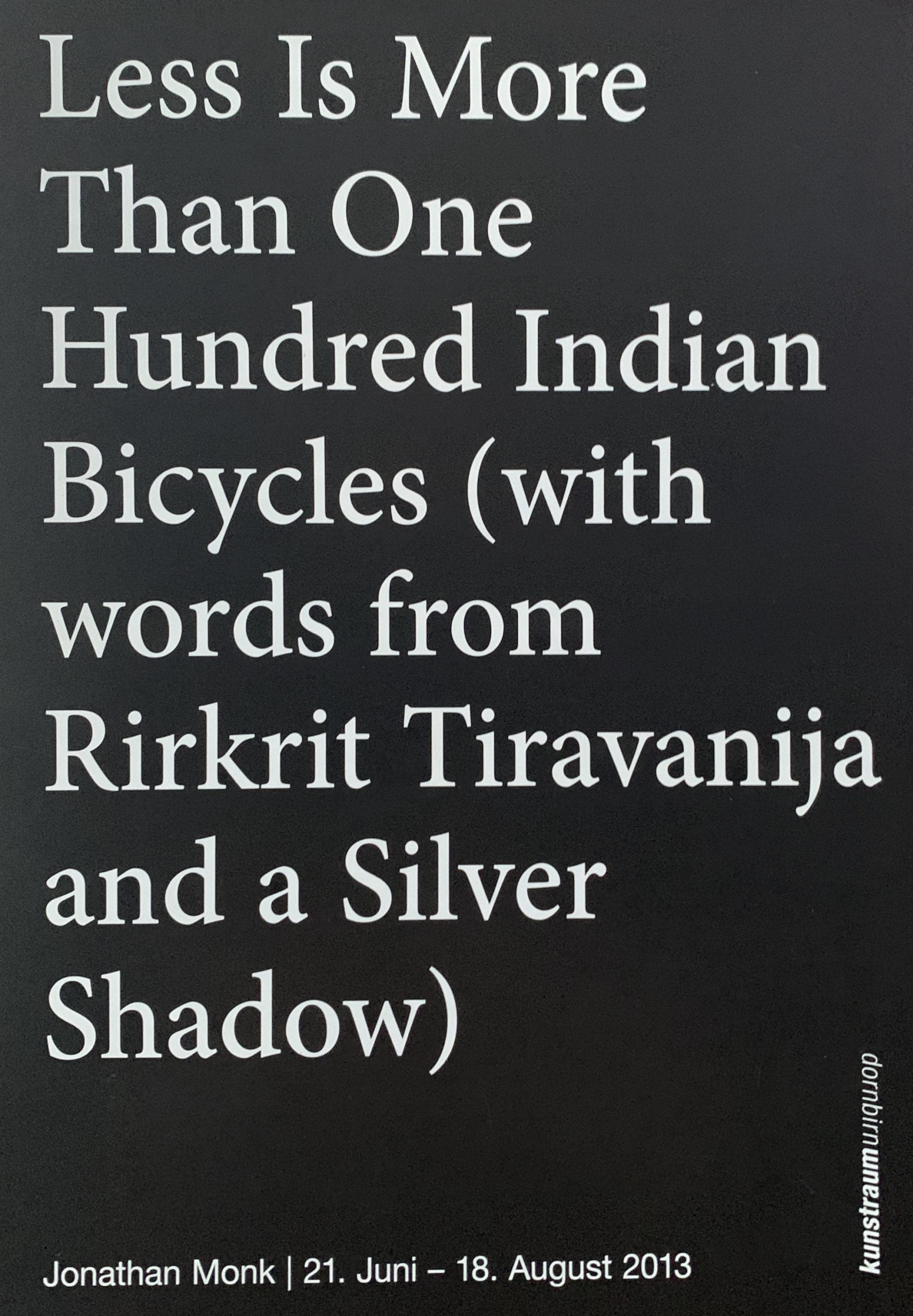 21 Jun LESS IS MORE THAN ONE HUNDRED INDIAN BICYCLES (WITH WORDS FROM RIRKRIT TIRAVANIJA AND A SILVER SHADOW). 2013. SIGNED BY MONK. 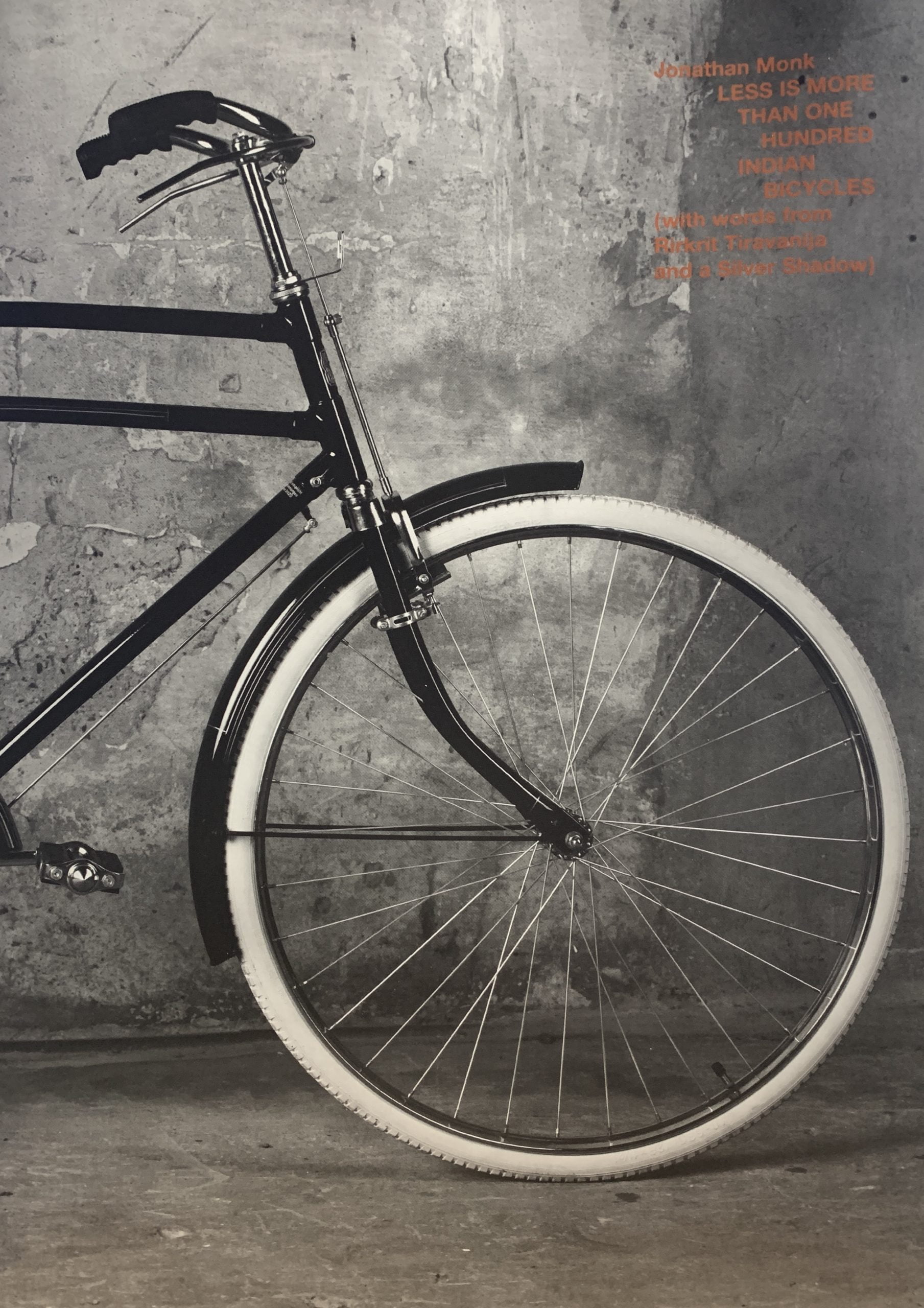 Manchester: Cornerhouse, 2013
30 x 21cm, 60pp plus card covers. Artist's book and exhibition catalogue for a major installation at the Kunstraum Dornbirn which had previously been a factory - Monk returned it to that function and assembled over 100 bicycles using volunteers and himself which were later left around in the city to allow lucky finders to keep a basic bicycle. The catalogue notes Monk regards the bicycle as being a symbol of freedom given his own early experience of the vehicle being a means of allowing him to go long distances alone. Numerous b/w images of one cycle in close up and colour images of the space and installation. VG+.