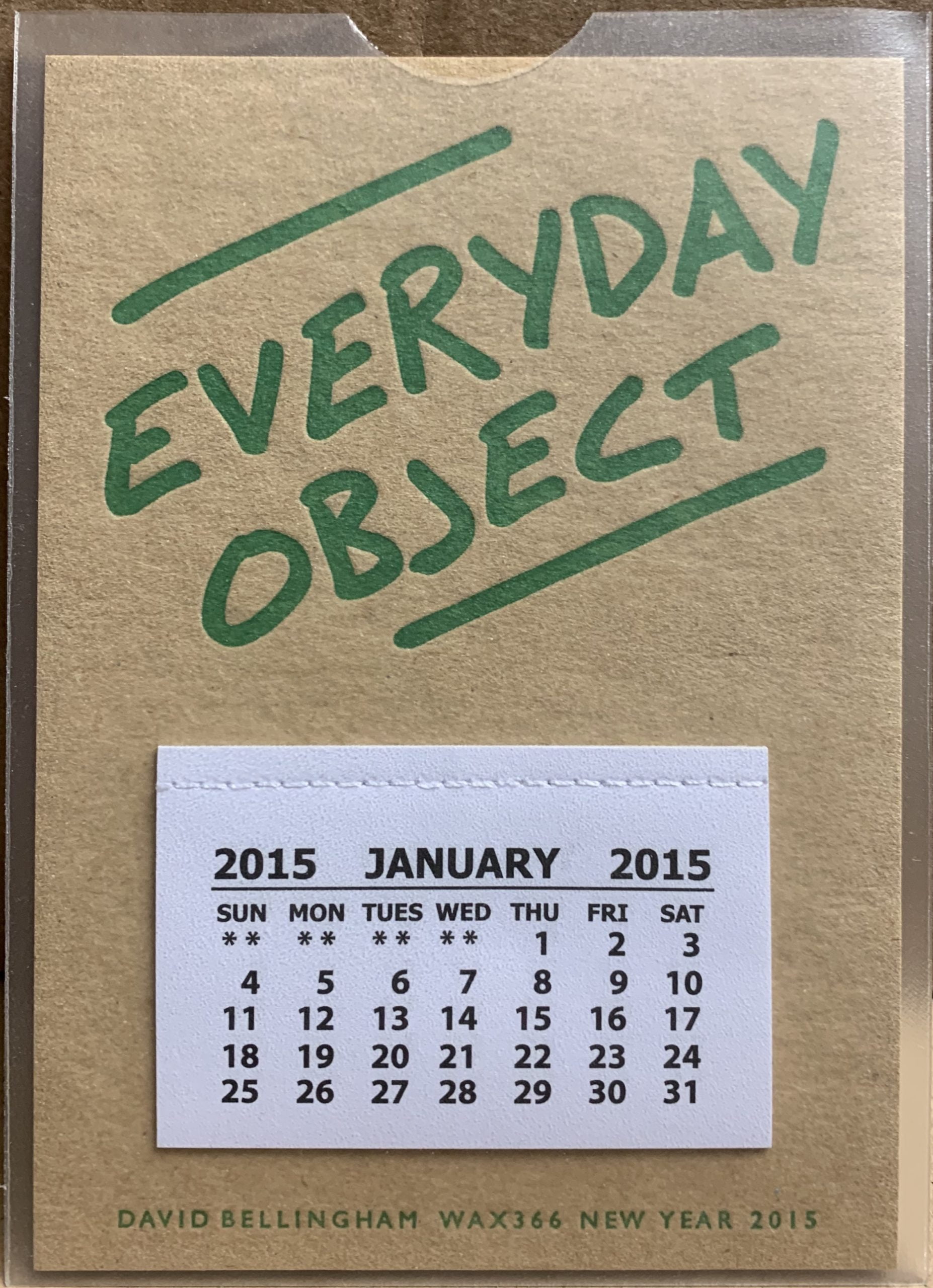 Posted at 12:41h in David Bellingham

Glasgow: Wax366, 2015
15 x 10.5cm, backing card with the title text EVERYDAY OBJECT on it and a tipped on paper calendar. The joke being the pun of course, Housed in original plastic folder. VG+ - a New Year gift from Bellingham to friends and colleagues - limitation not many. VG+. ... 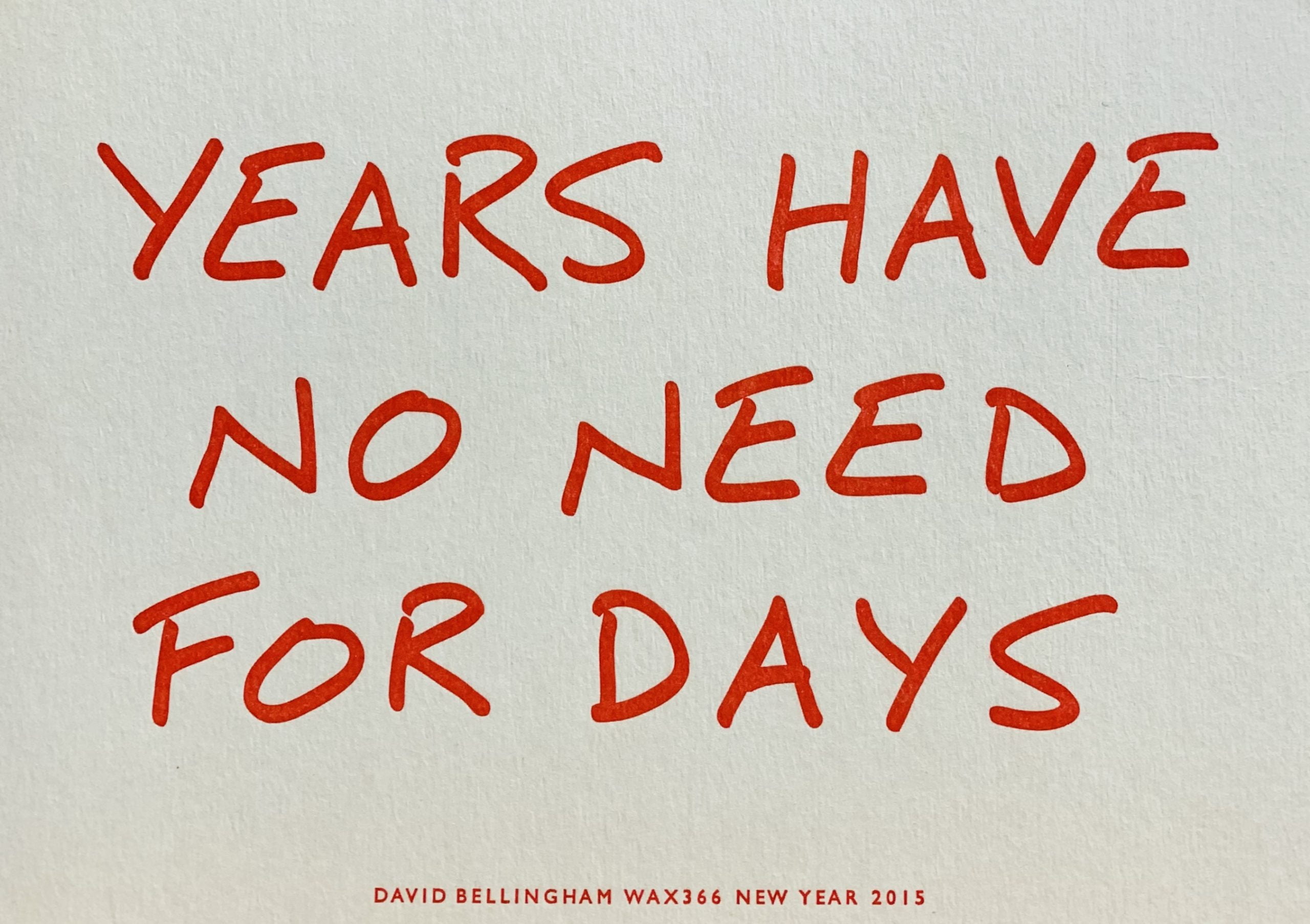 Posted at 19:26h in David Bellingham

Glasgow: WAX366, 2015
14.5 x 21cm, 2pp letterpress artist postcard with the texts "YEARS HAVE NO NEED FOR DAYS." and "DAYS HAVE NO NEED FOR YEARS." on opposite sides. Issued as a New Year gift by Bellingham for friends and colleagues. VG+

Bruxelles: MORE Publishers, 2015
A complete set of twelve 10.5 x 15cm, 2pp postcards - each sent one week apart to Paul Robertson. The image on the front is appropriated from the famous Richard Hamilton Whitley Bay postcard which the latter issued with hand-tinted additions from a b/w picture of the beach at the British holiday resort.
Hamilton issued two versions of this card - one as here and the other in the SMS (Shit Must Stop) portfolio in 1968 where the artist enlarged the original image time and time again to eventually isolate one figure of a woman in the final image.
Monk's reworking of the original starts with the first card being the same size and an exact reproduction of the original Hamilton card but each consecutive card posted monthly was enlarged by cropping out the printers border. This mirrors Hamilton's SMS publication only as mail art.
Each of the cards was sent to the same person (Robertson) and is signed by Monk and hand numbered from a total edition of 40 copies. Apart from any mailing marks (franking, stamps) this is a complete and VG+ group of one of Monk's most important mail art works.