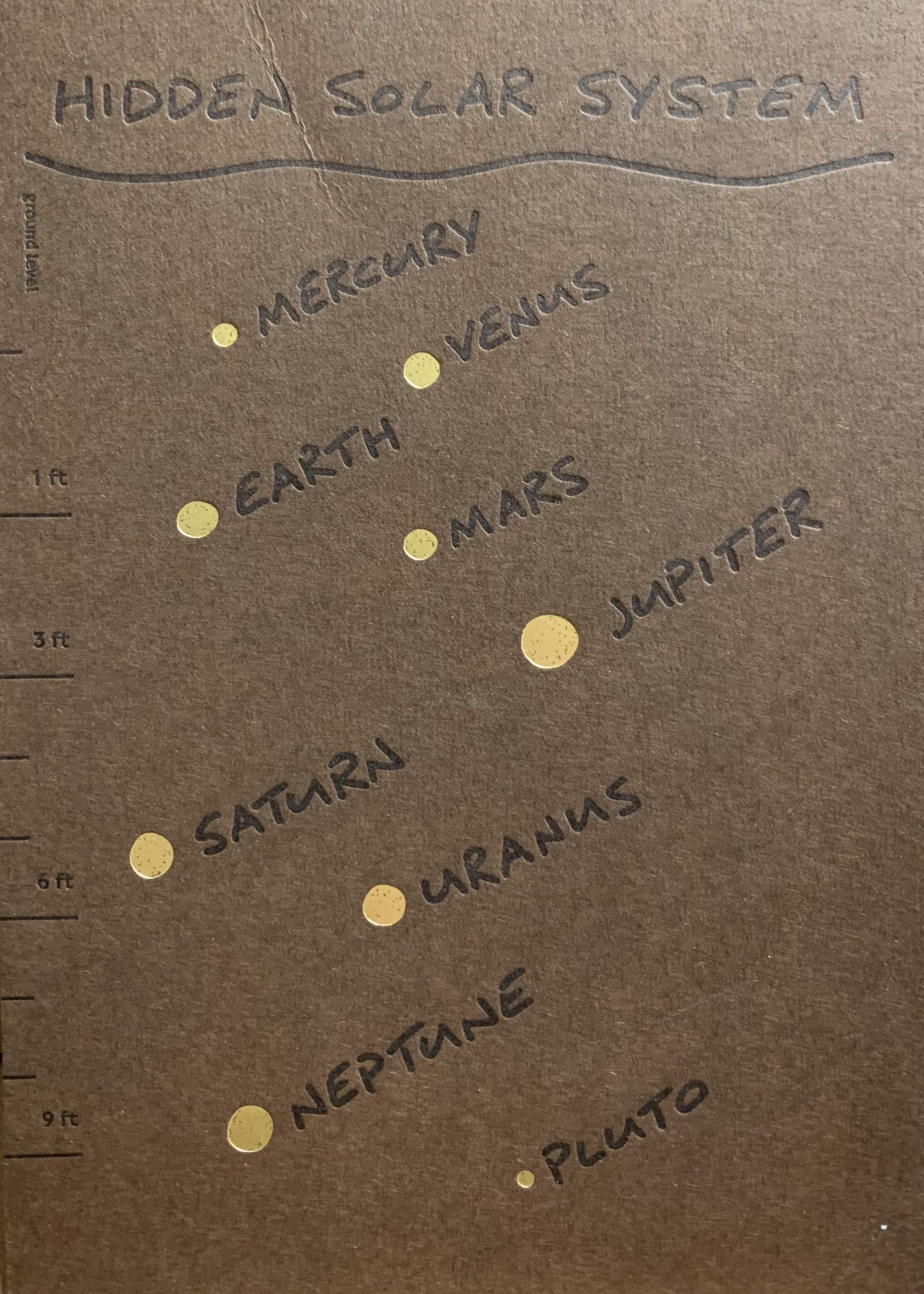 Posted at 09:11h in David Bellingham

Iona: Iona Craft Shop, 2015
21 x 15cm, letterpress and foil stamping on thick brown card, 2pp. Bellingham was commissioned by the Iona Craft Shop to create a new work and he made various scale models of the planets out of bronze and buried them in a remote field on the island of Iona. Each was buried a relative distance from the surface as their average orbits are from the sun. There is no overground record other than the map on the back of this card that shows where the works are - and even that map only shows the outline of the field. Jupiter was the size of an orange and Pluto (hmmm - a planet?) the size of a pea. Mercury is four inches from ground level and Neptune is found nine feet deep.
There are two cards - one on white, the other on brown, this is the latter.
"There is nothing to see, just a story to tell about a buried solar system that mimics the one about our heads."