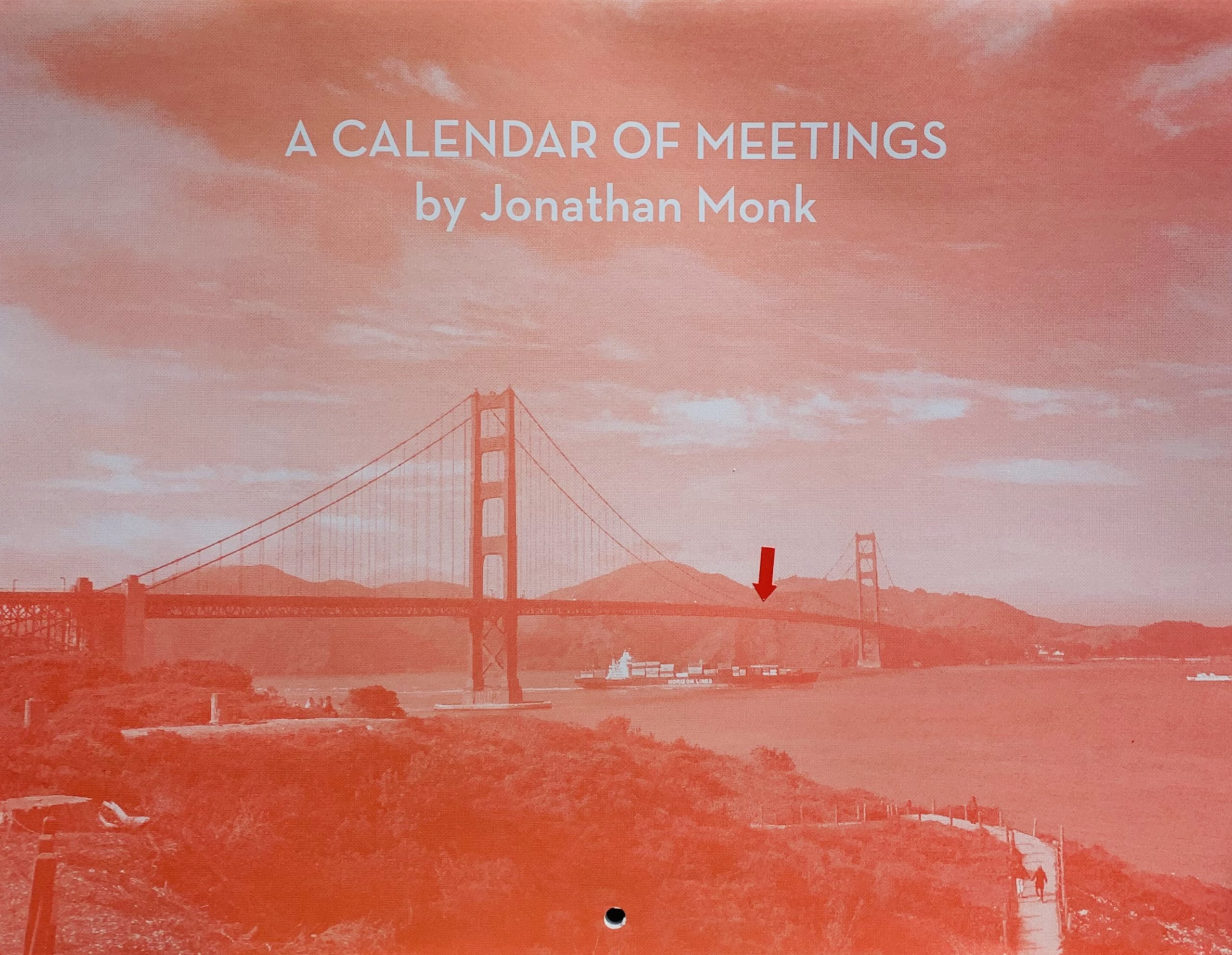 12 Dec A CALENDAR OF MEETINGS. THE THING. 2015. SIGNED BY MONK ON INSIDE BACK COVER.

San Francisco: The Thing,  2016
30 x 21cm, 24pp (self cover). A wall calendar for the year 2016 which was sent out to subscribers of The Thing magazine by the publishers. It  is an almost complete collection of Meeting pieces by Jonathan Monk.  The works pieces have never before been gathered/archived in one document, and include everything from Meeting #3 (Palais des Galces Paris le 16 mars 2006) to the new meeting specially created for this calendar (Golden Gate Bridge San Francisco September 30th 2016).  The publishers say only 500 copies were made.
"The artist will meet the owner of each piece at the place and time stated.  It is important to understand that the work is the actual rendezvous and not the invitational text that preceeds it.  It is also important to realize that like all meetings, there is a possibility these meetings will not be met."  - Jonathan Monk
This copy was a gift from Jonathan Monk to Paul Robertson and is unusually signed in pencil on the inside back cover.