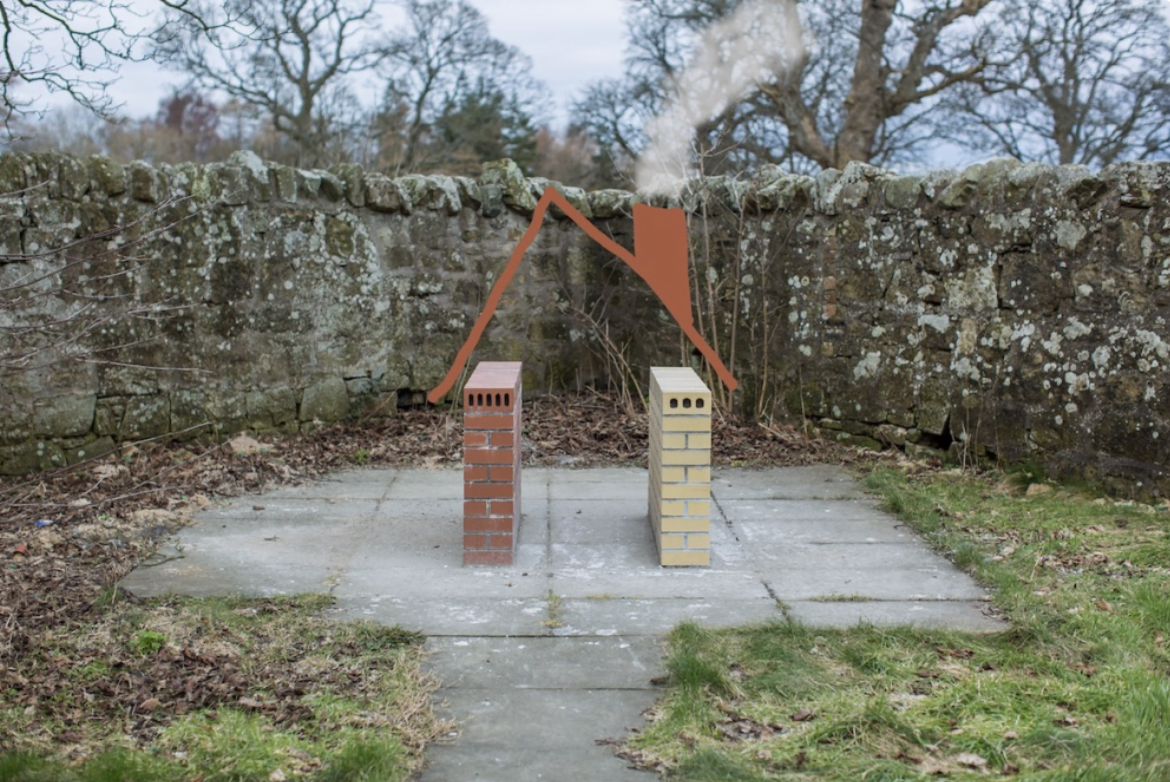 Temple: Show & Tell Editions, 2018
30.5 x 45.5cm, black leatherette folded portfolio case which houses a 30 x 45cm, full colour digitally Giclee printed photograph (using conservation paper and inks) of a work by Jonathan Monk and in a small glassine plastic pouch, a die-cut adhesive sticker of an emoji image of a duck which can be added to the photograph in any position desired by the owner.In 2016 Jonathan Monk created a work by instruction at LUST AND THE APPLE in Temple, Midlothian Scotland. A father and son bricklaying team were each told to build two walls next to each other utilising 120 bricks for each wall (the same number of bricks as found in the Carl Andre Equivalence works). That work considers the role of the father-son bond - the bond of both competition and co-operation, learning and new ideas - all distilled in a simple instruction.
Now in a new development of that work, a photograph of Monk's sculpture has been drawn on by the artist's own son Goldin and the resulting image (the walls have been covered by a roof with smoke coming out of the chimney) is a further father and son production.
In addition a duck emoji adhesive sticker has been supplied as a removable addition (at the request of Goldin) to allow the owner of the photograph to further customise the image.
A signed and numbered certificate is also included in the portfolio.
Only 36 numbered and signed copies of this print (and 6 A/Ps) have been created. 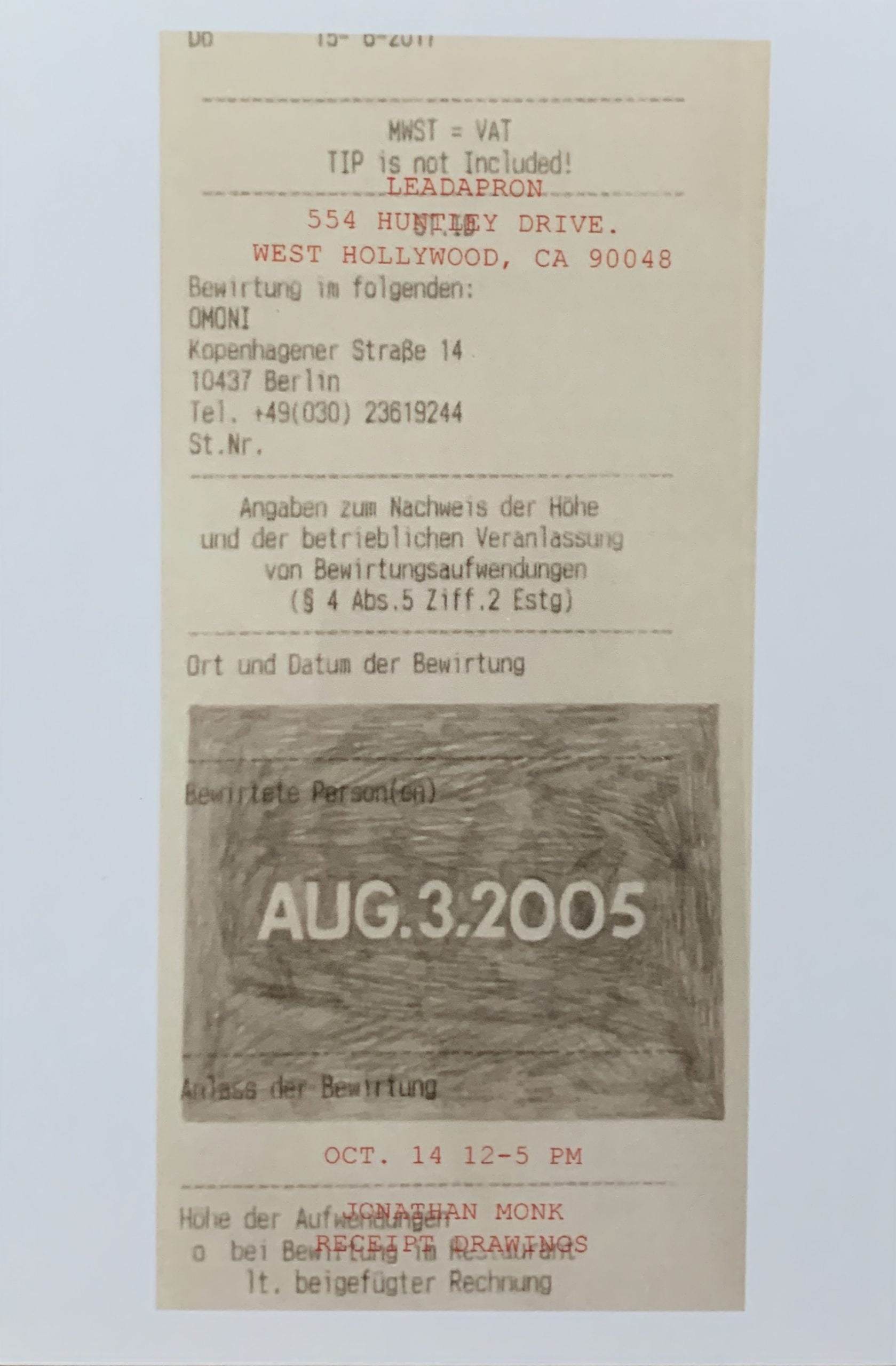 West Hollywood: Leadapron, n.d. (c. 2018)
15 x 10cm, 1pp announcement card with one work reproduced on the front under gallery details in red. Show of Monk's drawings on paper meal receipts where the cost of the work is the same as the total of the bill. This example is signed on the blank back of the card by Monk in pencil. VG+.