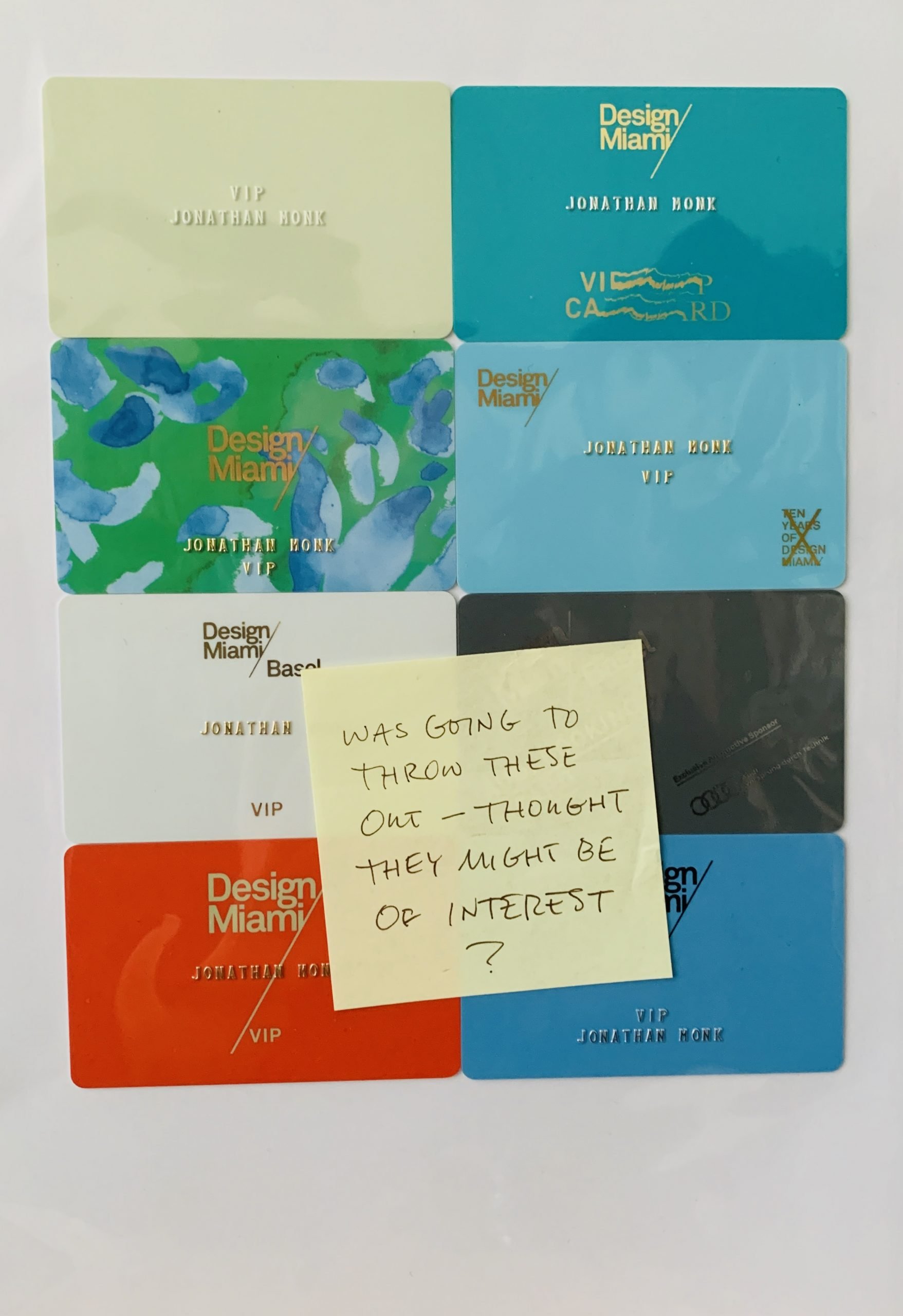 Berlin: s.p., 2020
30 x 21cm white paper on which Monk has tipped on 8 different Design/Miami VIP plastic cards sent to him by the Art Fair over the last eight years. On the front Monk has attached a yellow post-it note "Was going to throw these out - thought they might be of interest?" and that is it - pure ephemera? Unintended collage?. VG+. 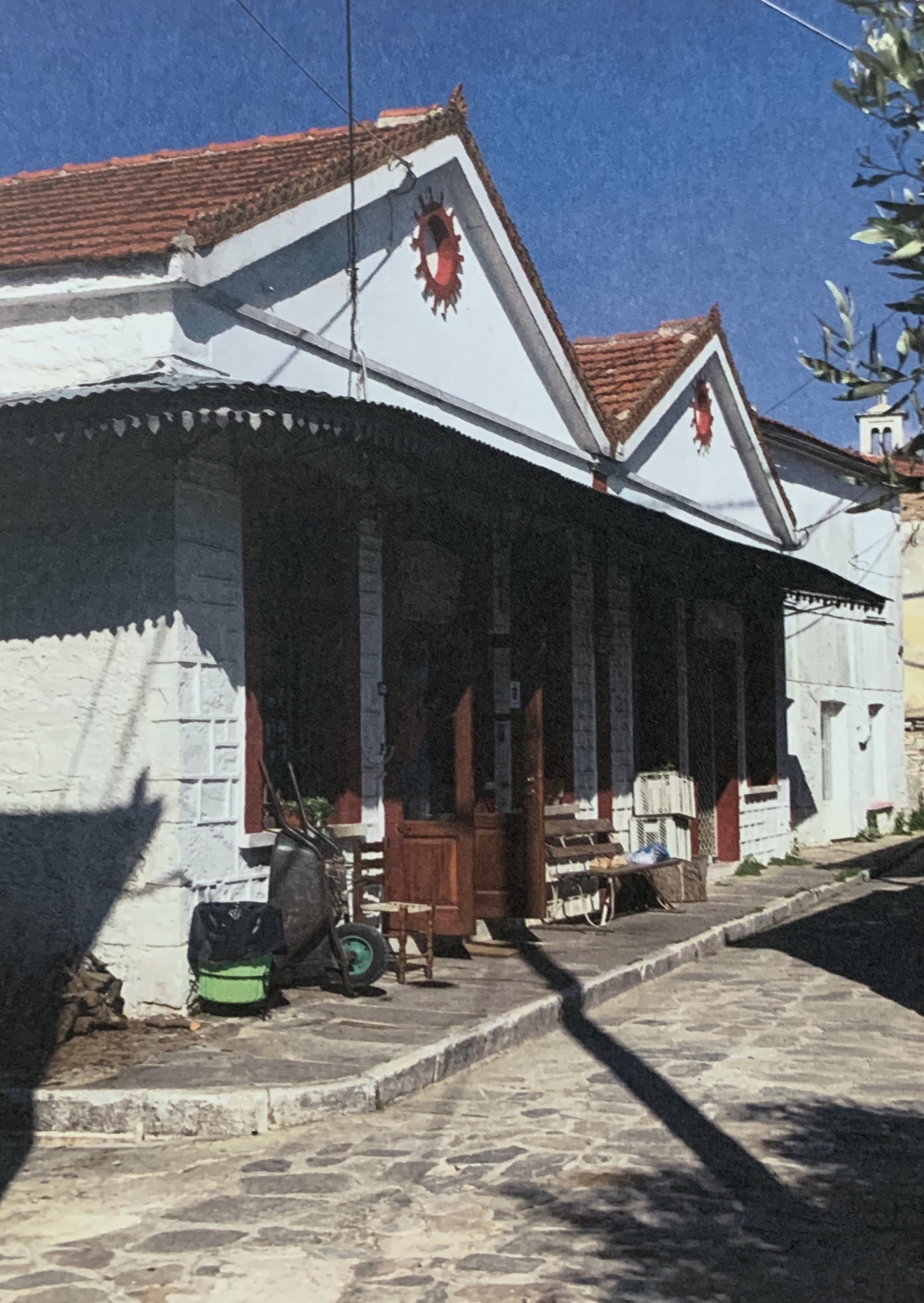 N.p.: Loodd Art, 2020
15 x 10.5cm, 2pp announcement card for an object multiple where Monk purchased a cheese pie from a Greek bakery designed by Giorgio de Chitico's father in 1911 where the baker still uses the olive wood burning ovens following the traditional recipes of his forefathers.
"The pie was immediately 3D scanned and this digital pie was then perfectly recreated by a CNC routing machine in hard wood... 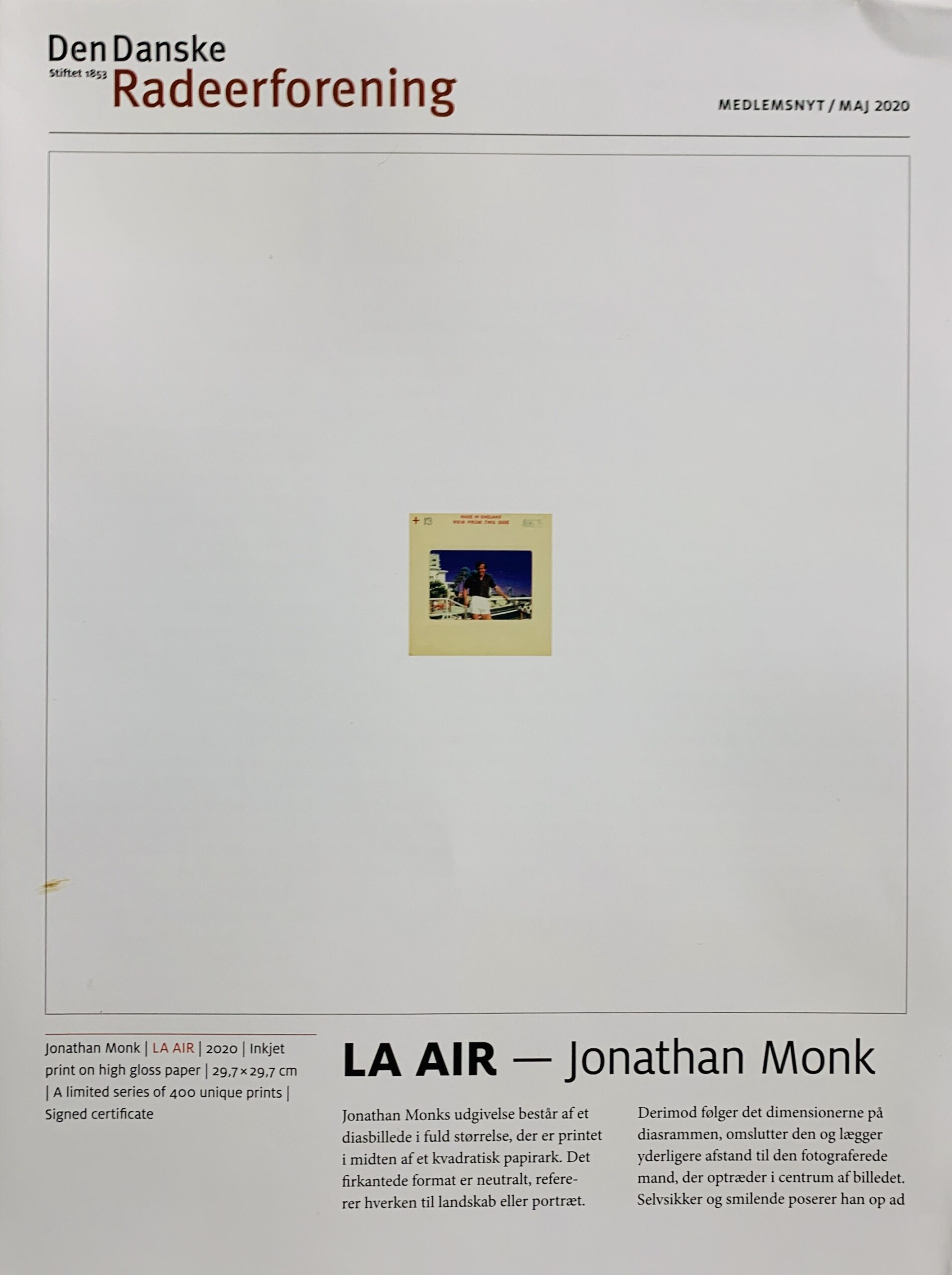 N.p. (Kopenhagen): Den Danske Radeerforeining, 2020
25 x 19cm, 4pp announcement brochure for Monk's limited edition inkjet print showing images of a transparency slide - being a holiday photograph of someone (perhaps a Monk family member) in LA. Referencing the Bruce Nauman artist's book. Short text in danish. Signed in pencil on the back page by Monk. One small mark on front else VG. 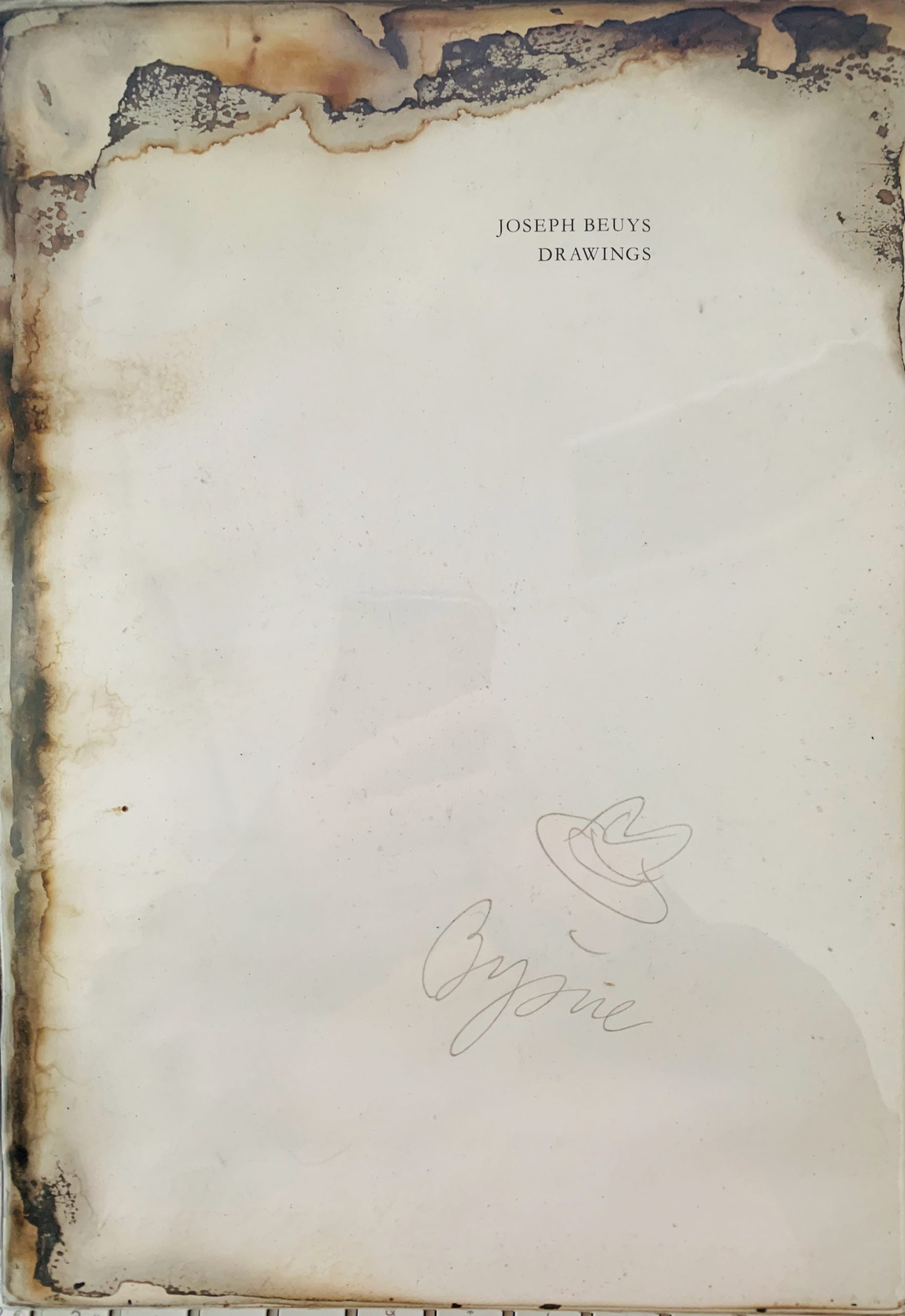 Glasgow: s.p. (Maris), n.d. (2005) 29 x 21cm, original found exhibition catalogue by Joseph Beuys which has lost its covers and shows evidence of fire on all sides. The book has been sealed into a plastic transparent sheet with added cloth plasters. Additionally the book has been signed "Bysue" - an anagram of "Beuys" and with a small drawing of a hat - both deliberately looking like an original Beuys signature and drawing.
The history of this book tells the tale - it was found by a relative of Sue Maris after a house fire and stolen and then hidden (in case it was valuable). Suer Maris found this out at a later date and stole the book back from the thief. She then buried in a metal casket in Rannoch Moor for a number of years.
On taking the book out from its hiding place, the artist's created the final form with the addition of the "forged" signature - By Sue - and sealed the book. it was later given to Paul Robertson by Maris as a gift following an exhibition at Heart Gallery in Edinburgh.