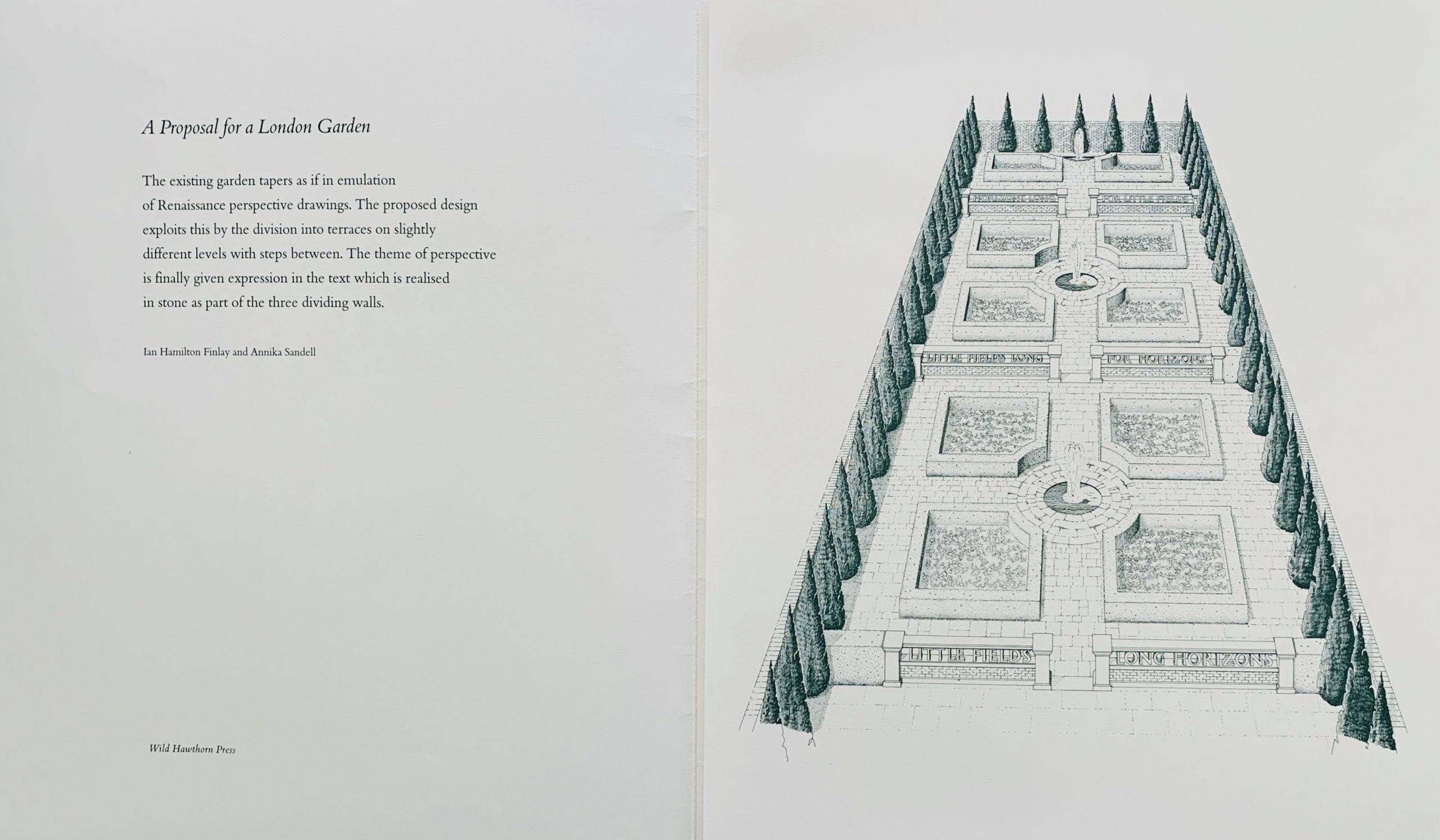 Little Sparta: Wild Hawthorn Press, 1993
34.2 x 29.2cm, green on white paper offset lithograph in a folder with a drawing by Annika Sandell of the proposal which is a version of a textual work LITTLE FIELDS LONG HORIZONS that Finlay has utilised in several types of works including artist's books and early prints. The garden is tapered and thus Finlay wishes to create walls with the texts to reflect classical perspectives - thus : "The existing garden tapers as if in emulation of Renaissance perspective drawings. The proposed design exploits this by the division into terraces on slightly different levels with steps between. The theme of perspective is finally given expression in the text which is realised in stone as part of the three dividing walls.". VG in like folder.