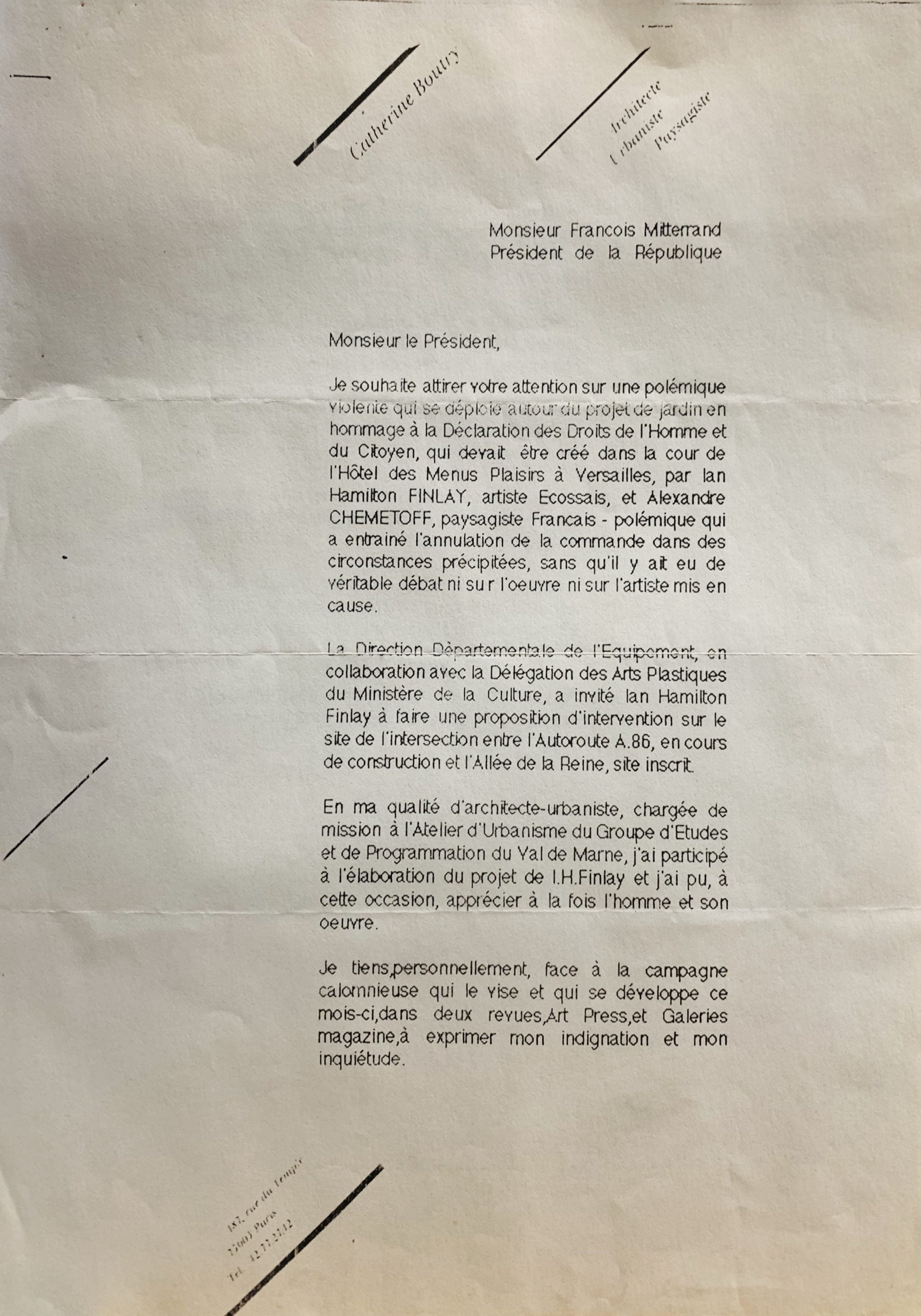 Paris: Catherine Boutry, 23rd April, 1988
30 x 21cm, 2pp original xerox copy of a letter sent by Catherine Boutry (a well known architectural writer in France) to the President of the French Republic. The letter (obviously written in French) brings the dispute over the Versailles commission to the latter's attention. Describing the background to the commission, Boutry attacks Finlay's detractors and points out that elements of Finlay's letters were deliberately used to malign the artist. She asks the President to consider an appeal to the decision.