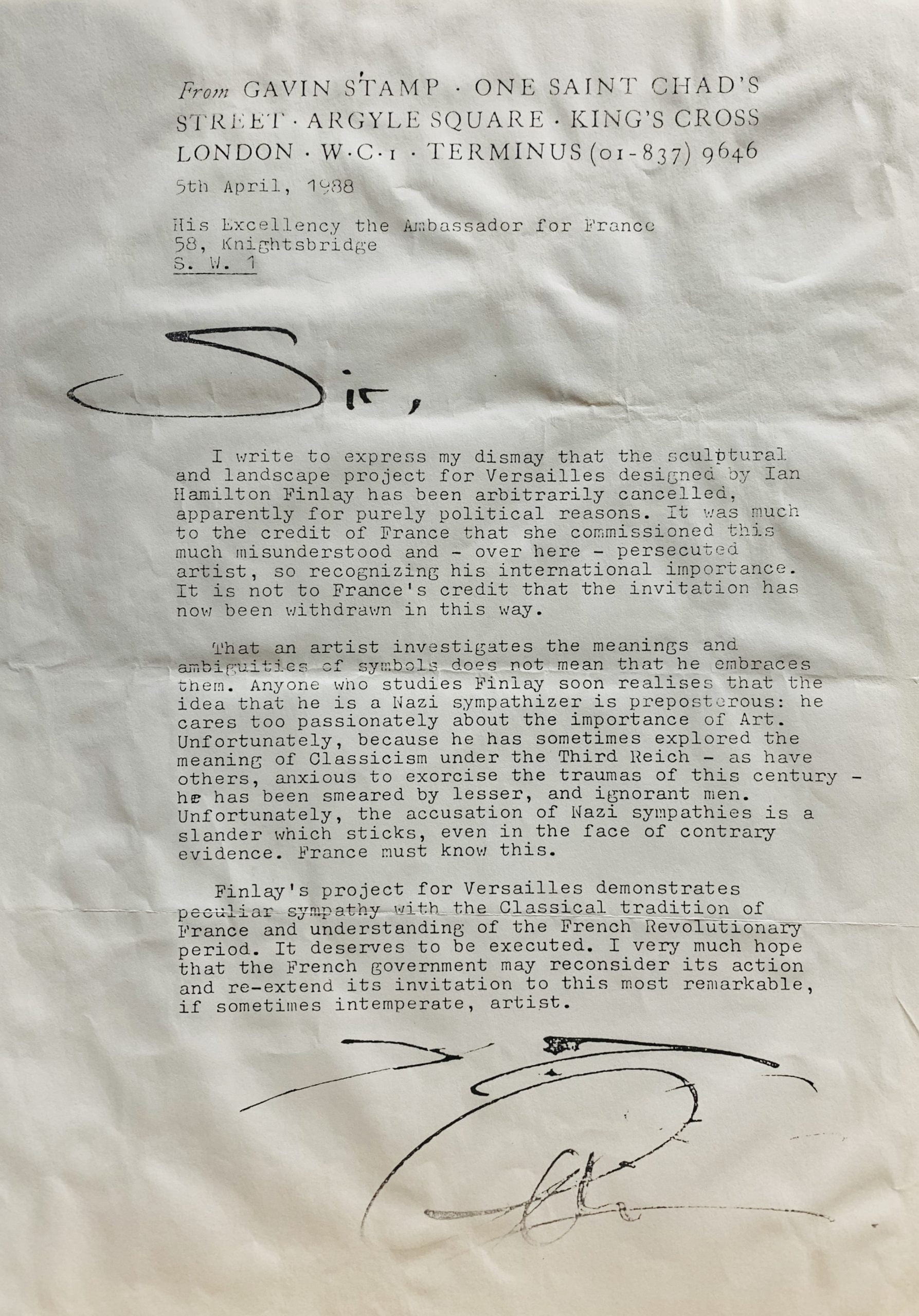 London: Gavin Stamp, 5h April 1988
An original vintage xerox 30 x 21cm, 1pp of a letter from Gavin Stamp, the writer, television presenter and architectural historian, to the French Ambassador to Great Britain.
Stamp expresses his dismay at the cancellation of the Versailles commission by the French Government "apparently for political reasons".
He goes on to say" that an artist investigates the meanings and ambiguities of symbols does not mean that he embraces them. An Anyone who studies Finlay soon realises that the idea that he is a Nazi sypathizer (sic) is preposterous."
"Unfortunately, because he has sometime explored the meaning of Classicism under the Third Reich - as have others, anxious to exorcise the traumas of this century - he has been smeared by lesser, and ignorant men."
"Finlay's project for Versailles demonstrates peculiar sympathy with the Classical tradition of France and understanding of the French Revolutionary period. It deserves to be executed."
Finlay and his wife sought help from friends during the dispute caused by Millet's accusations of anti=-Semitism and this is an example of one of the letters sent on their behalf - this being a particularly powerful defence of the aesthetics of Finlay. it did sadly not change the French Government's mind and the cancellation of the commission stood.
Copied at the time by Finlay to distribute to friends and press as a source of information. VG although some rippling of the paper.