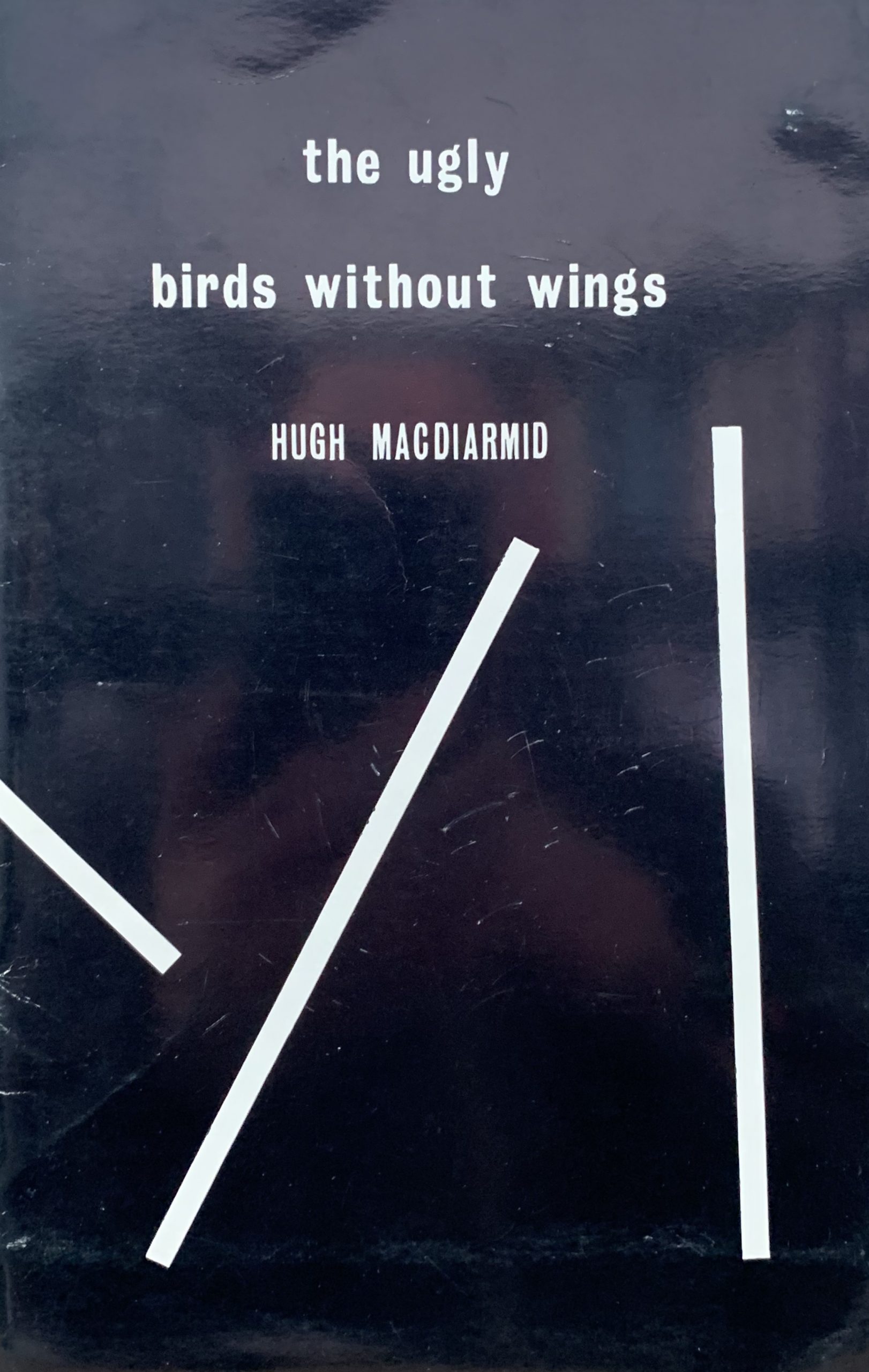 Posted at 16:14h in Miscellany

Edinburgh: Allan Donaldson, 1962
21 x 14cm, 16pp plus card covers. This was Hugh MacDiarmid's "reply to charges made by Ian Hamilton Finlay and others".
A public dispute had taken place after MacDiarmid said that some poets were not worthy to be included in an anthology of new poems dedicated to Burns - this must have stung Finlay and his circle and a war of words took place following a personal meeting with Jessie McGuffie who MacDiarmid claims told him his work was boring and out of touch with contemporary life.
Because Jessie McGuffie was involved centrally with the Wild Flounder Press (the forerunner in name to the Wild Hawthorn Press) and Poor, Old, Tired Horse (sic) the dispute widened to include Finlay. MacDiarmid claims they accused him of failing to help younger Scottish writers and using his prominence in the field of Scottish letters to exclude others.
The book makes MacDiarmid's case against this (as one might expect) and then attacks Finlay directly - given MacDiarmid was Finlay's best man at his wedding then this is somewhat remarkable. MacDiarmid says that Finlay's published works (at this point mostly Glasgow Beasts a more traditional form of poetry) is 'all "old hat"'. The two poets have by now clearly fallen out badly.
This is one of 50 signed and numbered copies denoted as a "special edition". In a text at the front of the book inside the covers is found:
"HUGH MACDIARMID is undoubtedly great. And alike all great men before him, he has had the unpleasant experience of meeting the unreasonable and artless criticisms of the nonentities who surround art."
JOINT WITH
A letter dated 31 - 7 - 62 from a rare bookseller to one of his clients enclosing the book and inviting his client to a party for the publication of MacDiarmid's A Festschrift.
Both are VG+ and this is a major rarity with insight into the reaction of a literary bun-fight between poets.