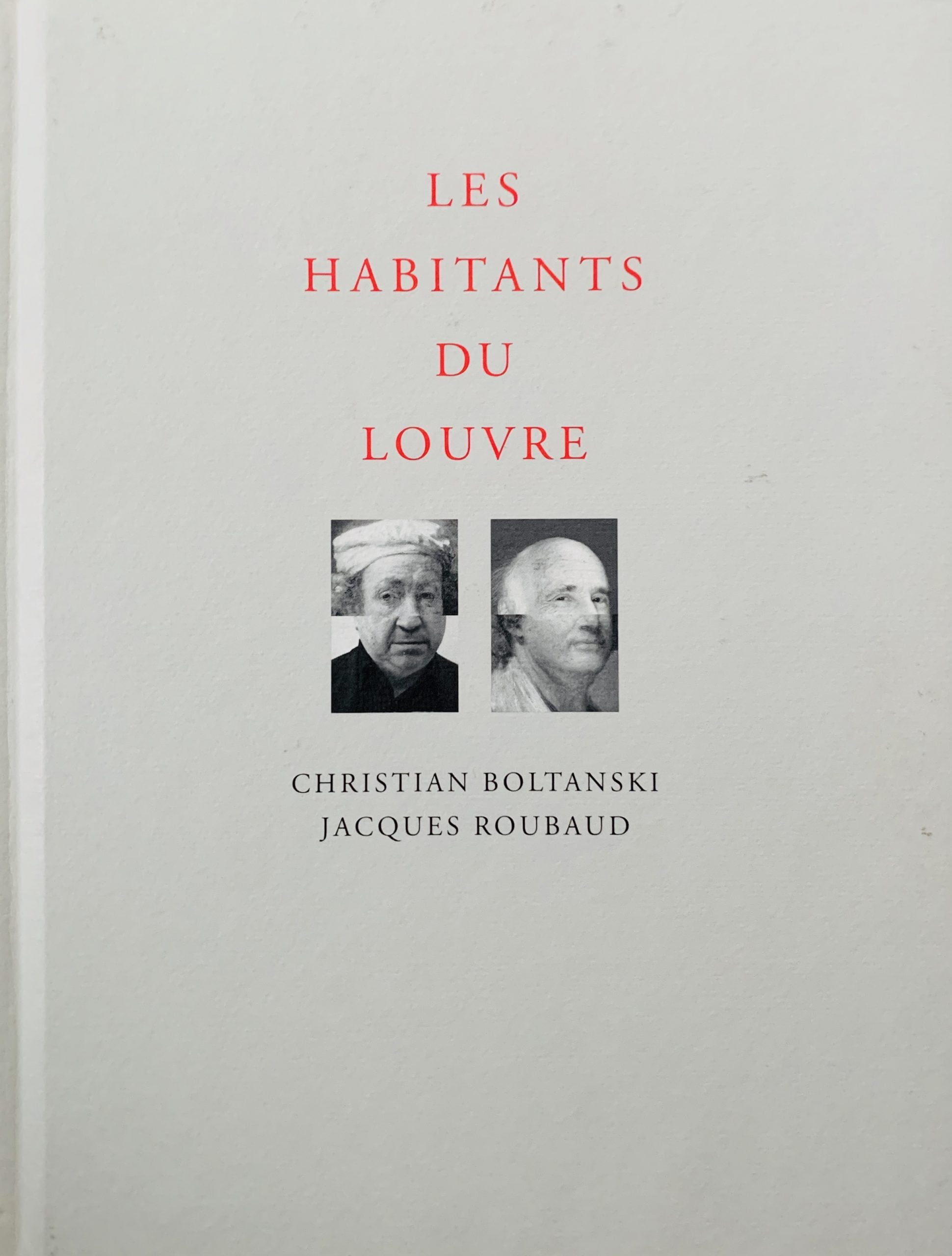 Paris, Dilecta/Musée du Louvre, 2009
23 x 17.5cm, 120pp pluw printed boards including 40 illustrations b/w. This first edition of the artist's book lists all of the artists found in the museum alphabetically within various rather contrived groupings. Boltanski has added 40 constructions where b/w reproductions of portraits of artists and employees of the museum have been cut up and recombined with half of the upper faces being attached to a different artist/employee's lower face - much like a children's card game. One of 2,000 copies. VG++.

Paris: Editions 9 février, 1997
24 x 18cm, unpaginated plus printed boards - all bound in a thick metal spiral. A joint artists' book in which Jacques Roubaud takes three of Boltanski's "list" books (The work people of Halifax, Liste des Suisses morts dans le Canton du Valais en 1991 and Liste des artistes ayant participe a la Biennale de Venice 1895 - 1995) and utlising different arbitrary rules re-orders the names into 99 different lists.
This is followed by a number of unidentified portraits of people printed on semi-transparent paper which are split into three sections allowing parts of the faves to be rearranged to create "new" portraits. In some manner this latter re-organisation of the facial features reflects Roubaud's re-categorisation.
The cover displays the two artists but with their portraits cut up and recombined to create a new image. VG+. ...