26 Jun SOMEONE SOMEWHERE WANTS A CABLE FROM YOU. 1977. SIGNED BY FINLAY.

Little Sparta: Wild Hawthorn Press, 1977
50 x 71cm, blue and light brown/orange silkscreen on white paper with a painting by Jim Nocholson of a group of sailors pulling a metal cable on the deck of a warship. The joke being the slogan having a double meaning - a campaign by the post office (then) for people to use the telegram service. This is one of a number of signed prints by Finlay. VG> 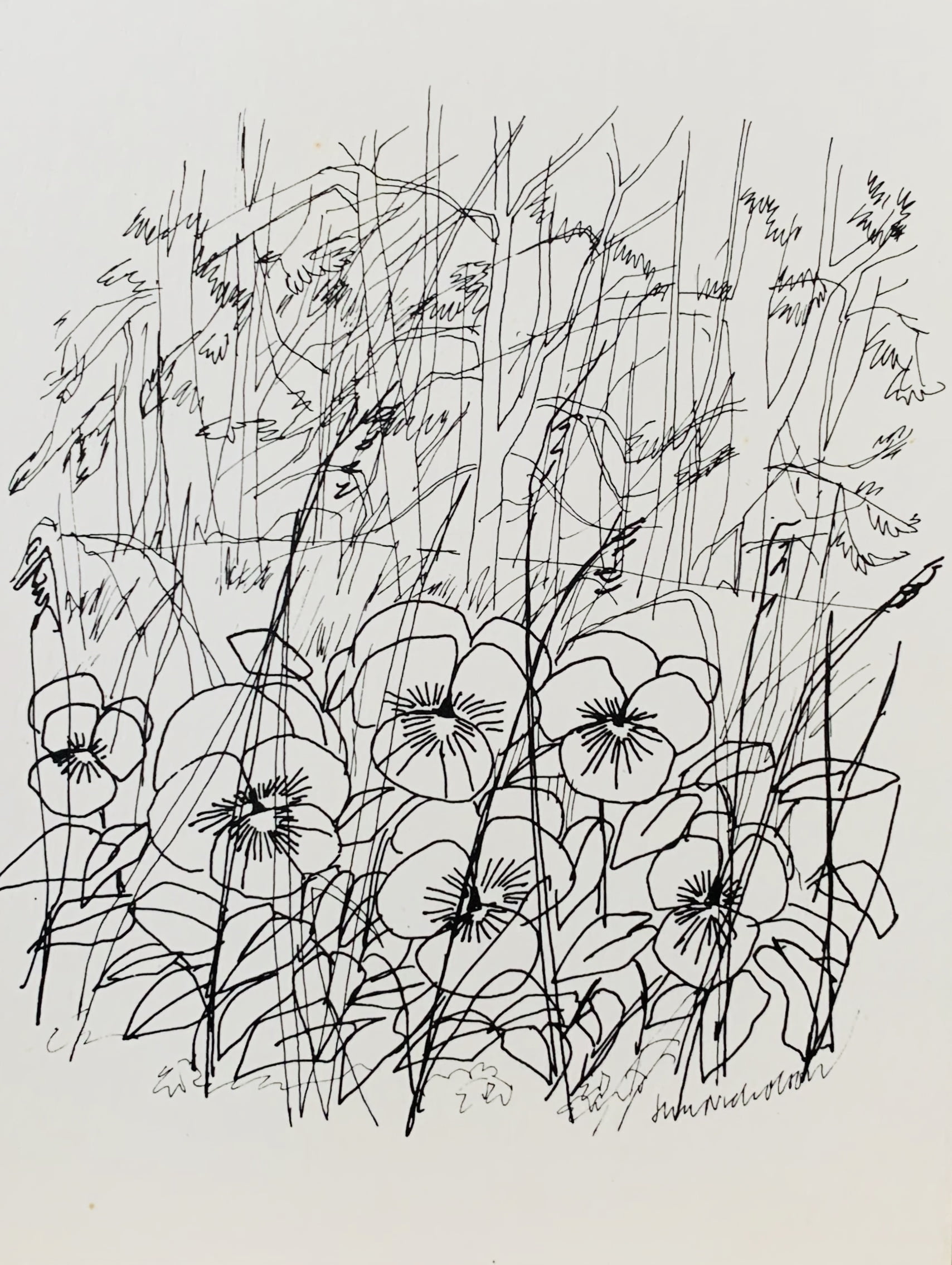 Posted at 10:16h in Artist's Postcards

Dunsyre: Wild Hawthorn Press, 1975
13.2 x 10.5cm, 2pp. A line drawing by Jim Nicholson of a forest scene with poppies in the foreground is given the title by Finlay of "Panzer at the forest edge" in German. The camouflage of the tank seems to be perfect as one cannot see it in the drawing (in fact it is not there).
Perhaps the poppies - a flower associated with remembrance of war dead - are there to remind one of a destroyed tank (and there are references to such a rout of the German armoured force in the literature where 14 tanks were destroyed at 'the edge of the forrest" but that may be coincidence. IN any case one of several cards that uses the idea of tanks in a landscape as a momento mori. VG+. 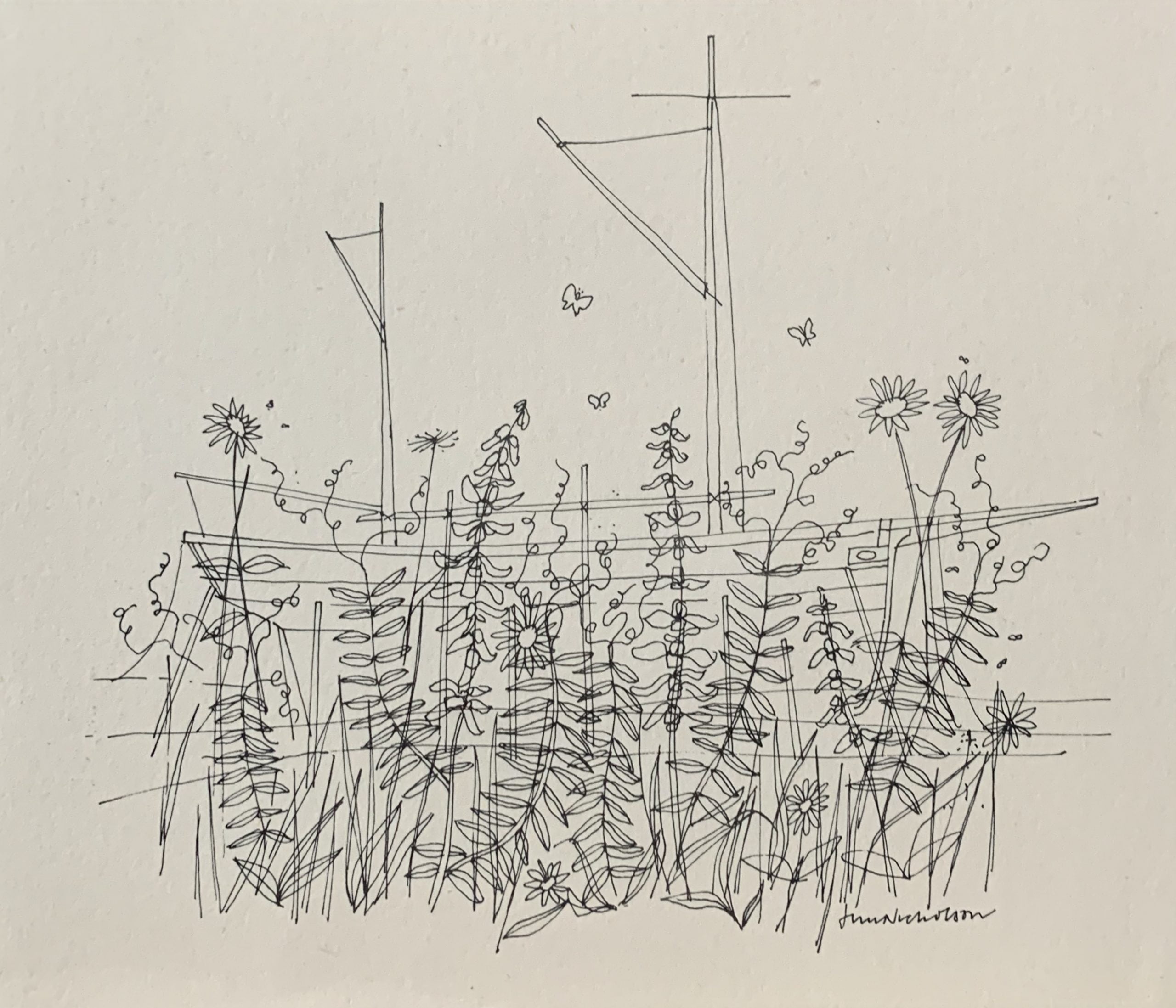 Posted at 21:37h in Artist's Postcards

Little Sparta: Wild Hawthorne Press, 1971
15 x 18cm, 6pp folded card printed with a line drawing by Jim Nicholson of a boat amongst vegetation. The card called A Memory of Summer has additonal information thus "In Trelew Creek, Diur Mrs Thomas Gray's Building of the Hobah" and below that

A ketch
In vech

A is a two-masted sailboat whose mainmast is taller than the mizzen mast (and thr mast can be seen over the flowers in the drawing) and vetch is a fast growing vertical flower which here is being likened to the masts of the boat. The "memory" is from a book called The Merchant Schooners" from 1978 - and refers to the boat being built in the creek hence the boat like the vetch grows naturally during the summer months.
This is one of 300 copies numbered and signed by Finlay.VG+.