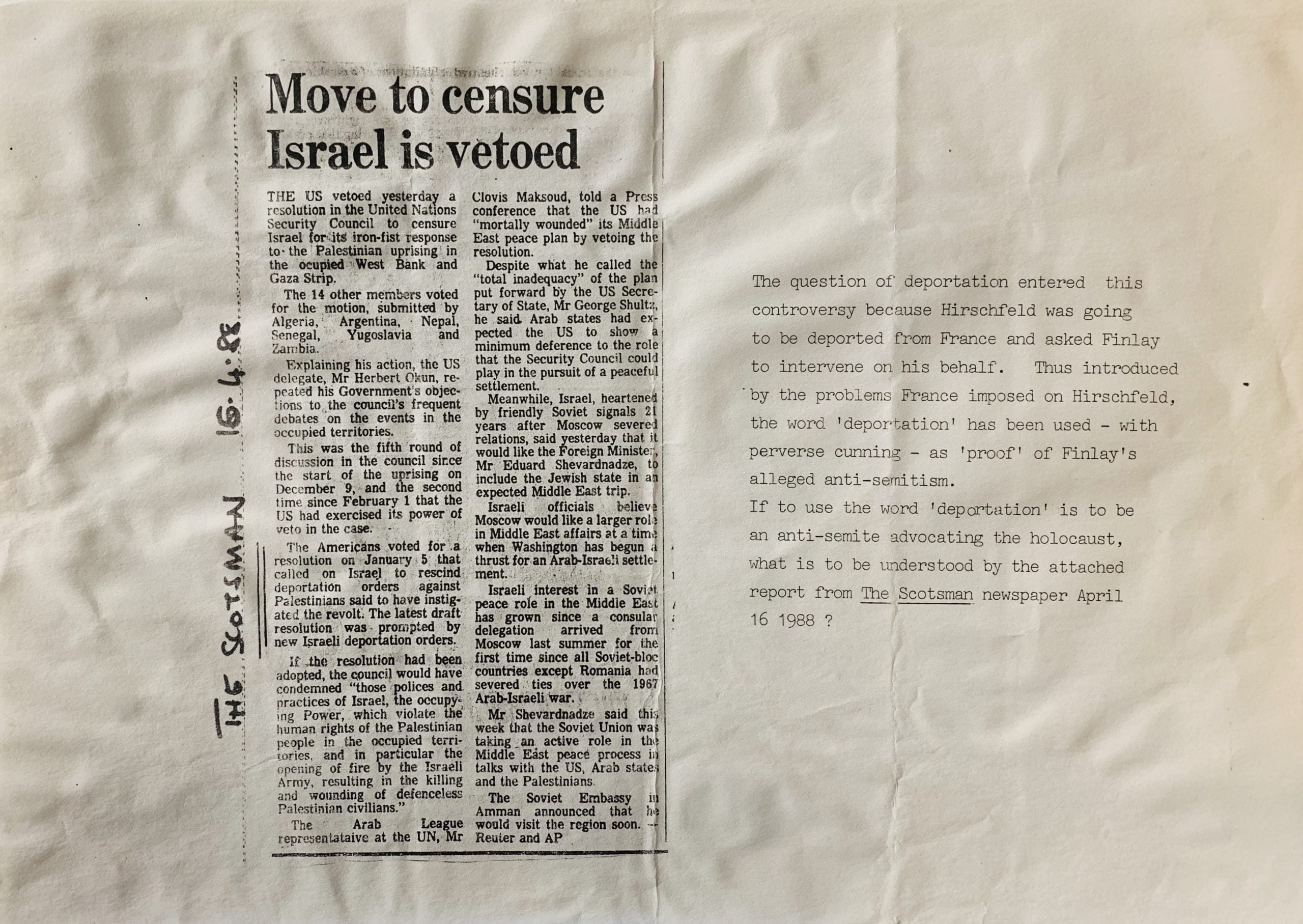 Little Sparta: Finlay, c. 17 April 1988
A 21 x 30cm, 1pp original xerox of an article in the Scotsman from 16th April 1988 noting that the US vetoed a resolution in the United Nations Security Council to censure Israel for its "iron fist response " to the Palestinian uprising in the occupied West Bank. A reproduced typed note by Finlay is along side.
The note in full is: "The question of deportation entered this controversy because Hirschfeld was going to be deported from France and asked Finlay to intervene on his behalf. This introduced by the problems France imposed on Hirschfeld, the word "deportation: has been used - with perverse cunning - as "proof" of Finlay's alleged anti-semitism.
If to use the word "deportation" is to be an anti-semite advocating the holocaust, what is to be understood by the attached report from The Scotsman newspaper April 16 1988."
In the article Finlay has highlighted a paragraph where the Americans called on Israel to "rescind deportation orders against Palestinians. His point is his critics have deliberately misrepresented his views by selective quoting of charged language.
BR> ...