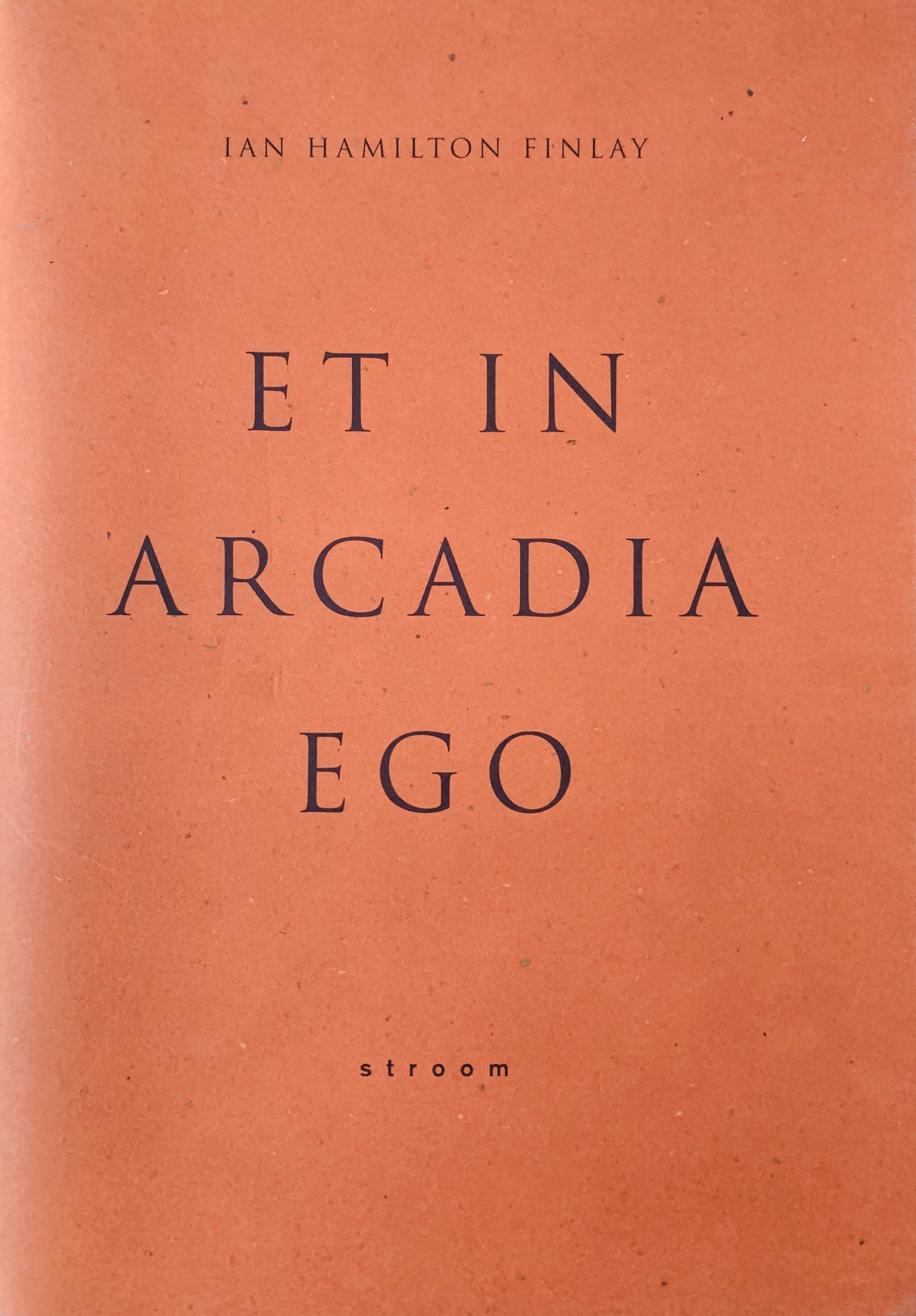 Den Haag: Stroom, n.d. (1999)
27x 19cm, 62pp plus typographic wrappers. A book issued on the installation of Finlay's long planned public sculpture at the Hofvijver where an equally long neglected underground stream re-emerged after being polluted by passing through a municipal dump.
The campaign to improve the water and local environment was eventually successful and Finlay's plaque above the water "ET IN ARCADIA EGO" - usually translated into "I too was in Arcady: is a note that shamed the poverty of the water supply prior to its improvement. Tipped on colour photographs and b/w image throughout as well as texts in Dutch and English by Erik de Jong and Lily van Ginneken.
After some thought we have decided to place this book in the monograph section of this catalogue but it arguably could be an artist's book.