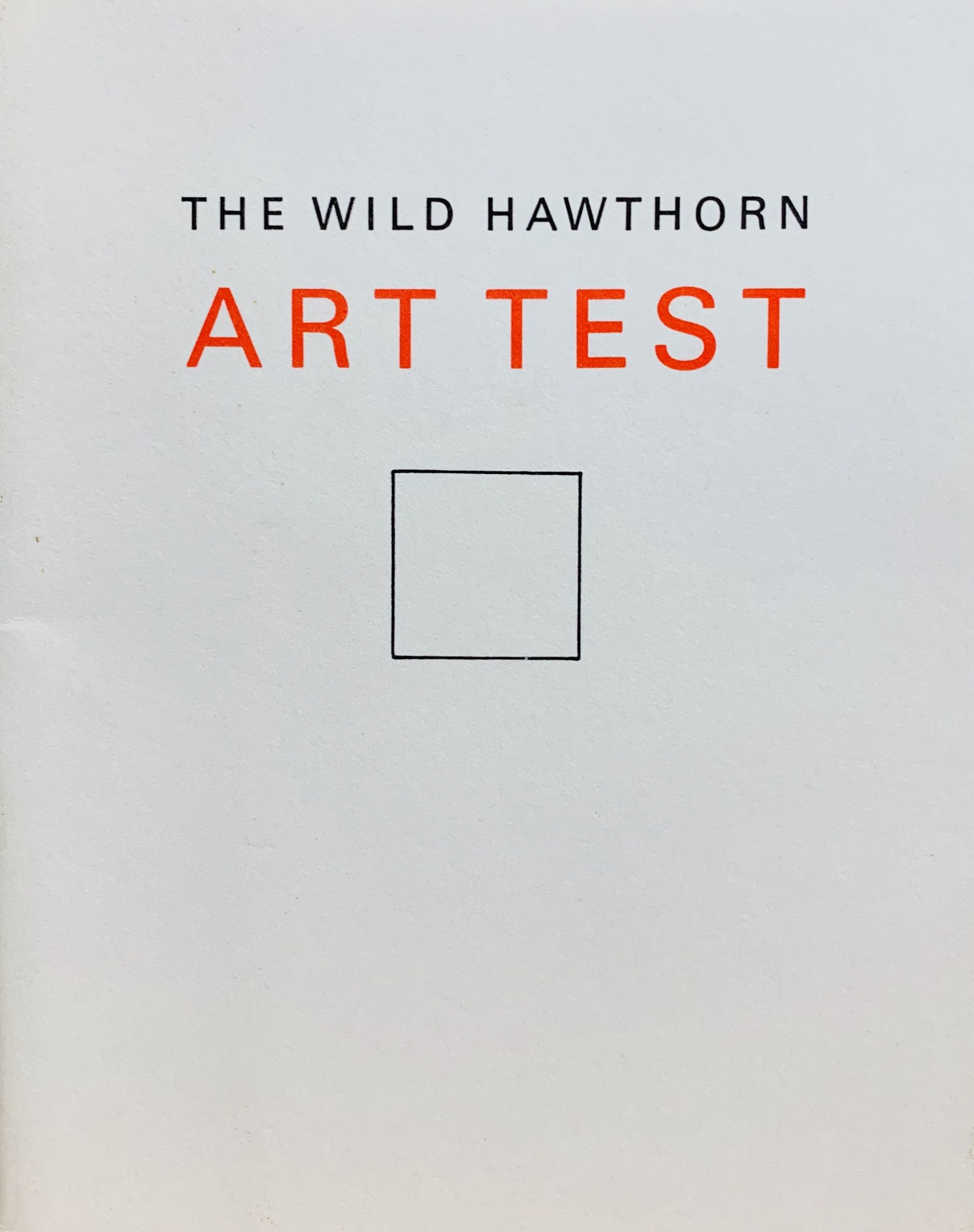 Dunsyre: Wild Hawthorn Press, 1977
12.5 x 10.3cm, 16pp plus card covers and printed dust jacket. Artist's book with drawings by Martin Fidler with questions by Finlay as if the reader is sitting a test on modern art.
Question 5 reads:" Write a short essay on the theme: The role of the non-flying glider in Post-19th Century non-representational art".
One significant part of Duchamp's Large Glass was called by the latter the "Glider" for instance. We believe we could pass Finlay's test.
VG+ condition. 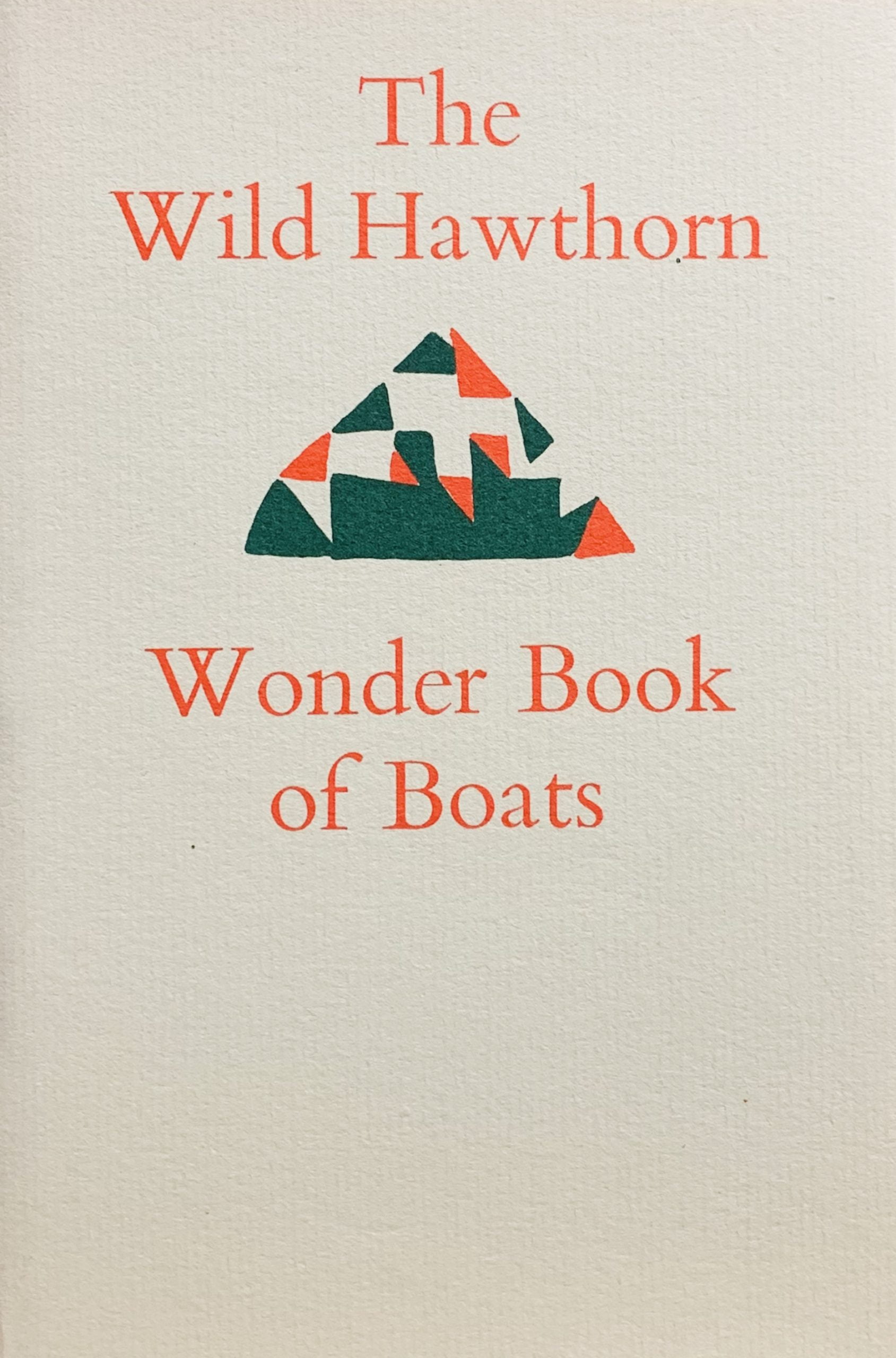 Dunsyre, Lanark: Wild Hawthorn Press, 1975
15.2 x 10cm, 30pp plus printed wrappers. Woodcuts by Martin Fidler are mostly visual puns using simple blocks of red and green along with word poems by Finlay. An aircraft carrier has its planes inside the hull in red - Finlay just places the single word PIP under them comparing the carrier to a gourd or shell. Another boat is called a "Sabot" which is based on the shape like an upturned clog. A submarine is "Bubbles".
VG+. 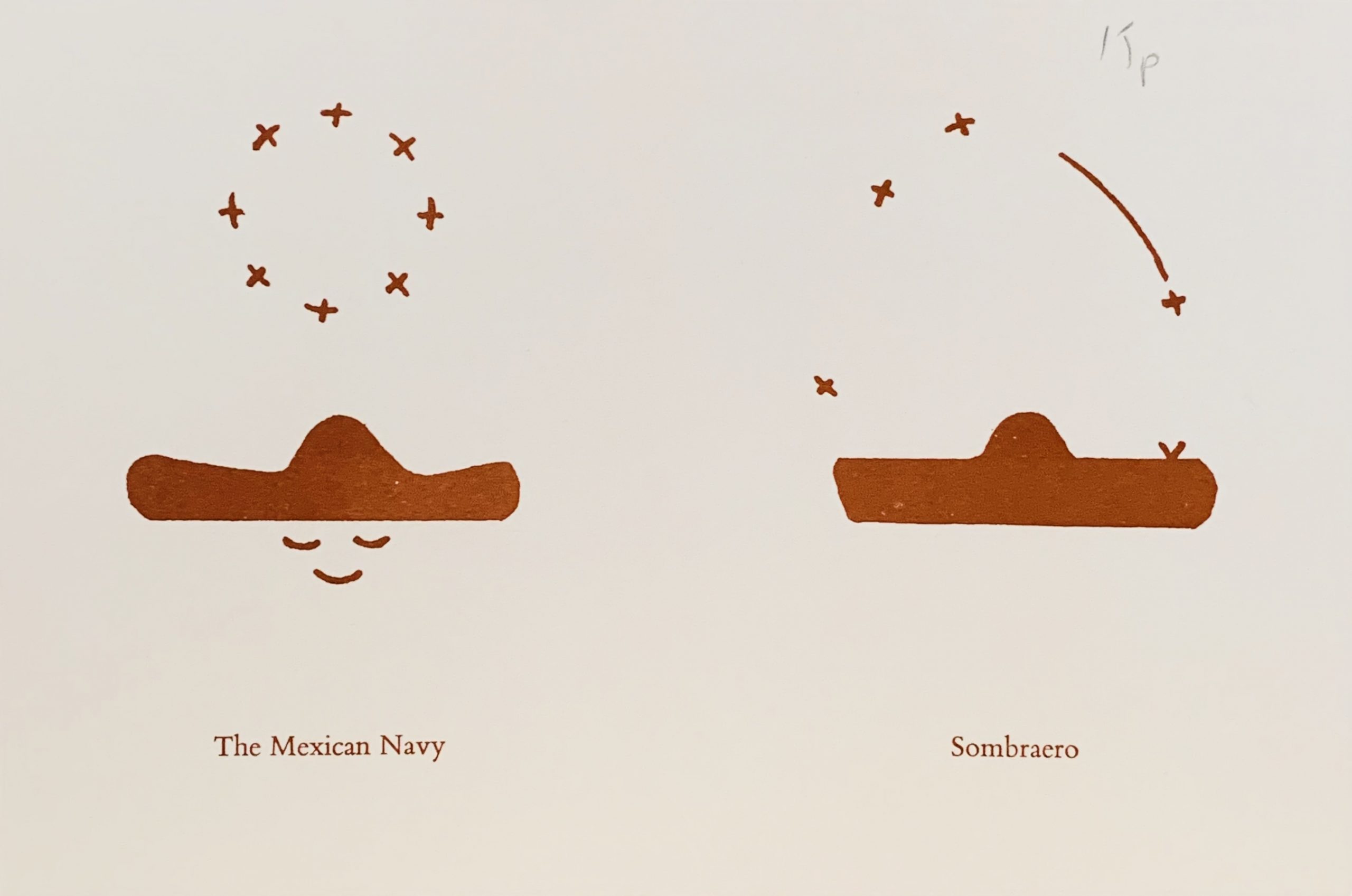 Posted at 15:52h in Artist's Postcards

Dunsyre: Wild Hawthorn Press, 1974.
10.5 x 15cm, 2pp. Artist postcard with two drawings by Martin Fidler) which are similar to those jokes often seen in children's comics. The first is "The Mexican Navy - and the image could be seen as both a carrier with circling aircraft and wave AND a sombrero. the second drawing is similar and entitled Sombraero (an alternative spelling of the hat) where the planes appear to be crashing onto the carrier. VG+.