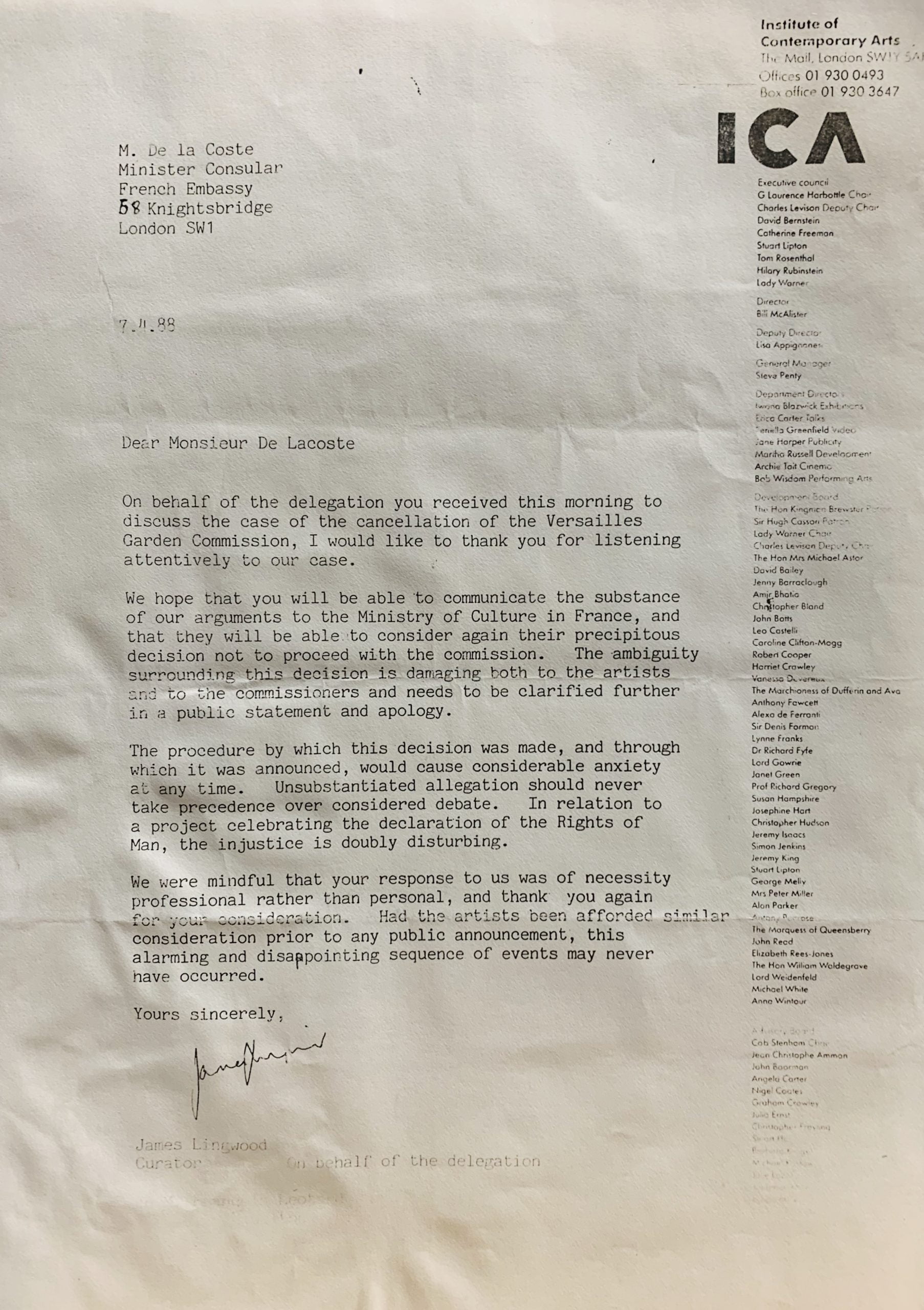 London: Institute of Contemporary Arts, 7th April 1988
An original vintage xerox 30 x 21cm, 1pp of a letter from James Lingwood to Monsieur de Lacoste.
A delivered after a delegation met with Monsieur de Lacoste, the Minister Consular at the London French Embassy to discuss the cancellation of Finlay's Versailles Garden Commission asking that he communicate the substance of the delegations argument to the Ministry of Culture. He goes on to point out that "unsubstantiated allegation should never take precedence over considered debate".
"We were mindful that your response to us was of necessity professional rather than persona, and thank you again for your consideration. Had the artists been afforded similar consideration prior to any public announcement, this alarming and disappointing sequence of events may never have occurred."