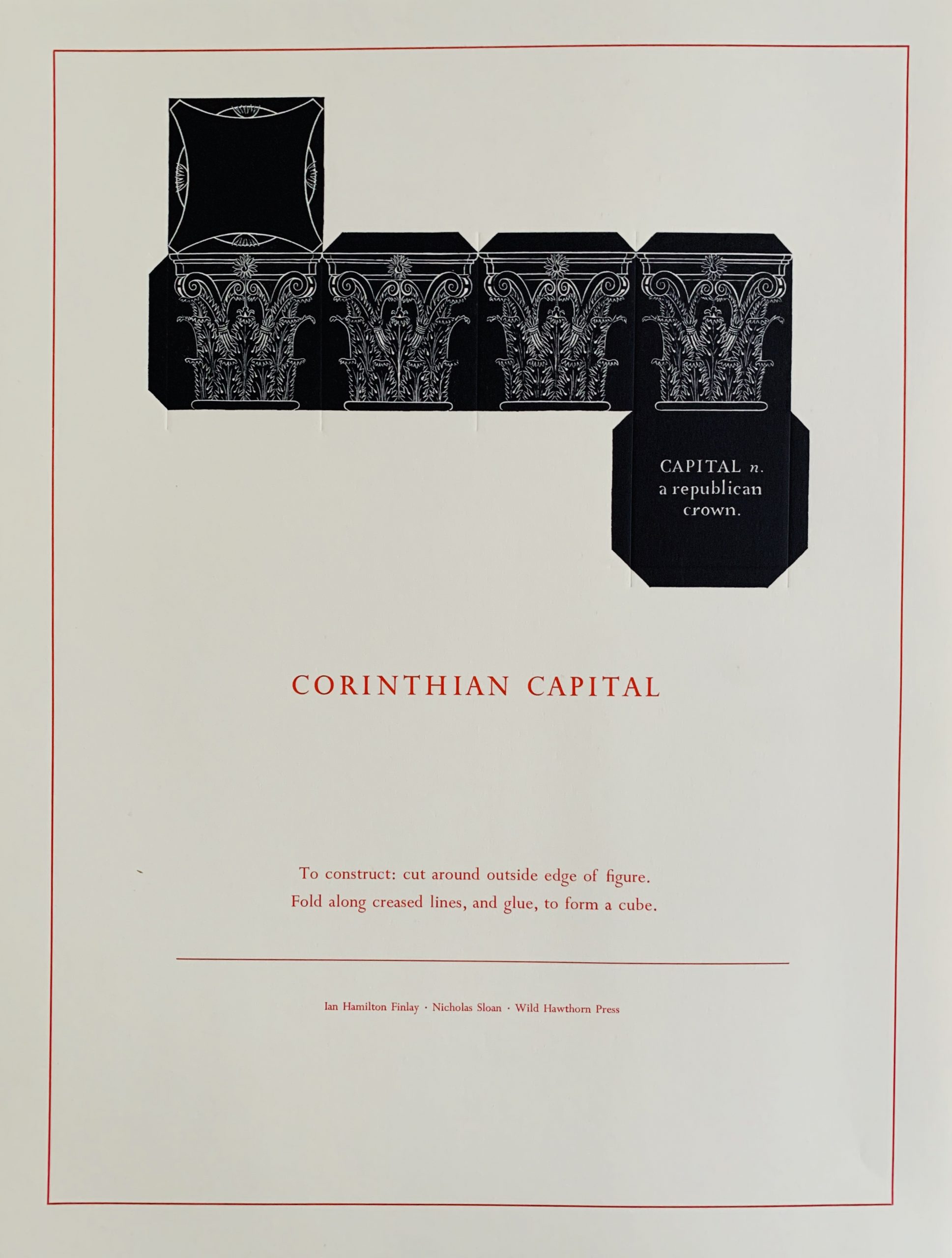 Little Sparta: Wild Hawthorn Press, 1985
42 × 32.1cm, red and black silkscreen on cream paper. A diagram that can be cut out and formed into a Corinthian capital for a column (drawn by Nicholas Stone). On the diagram there is a definition: "CAPITAL n. a republican crown."
A republic is a state without a king - hence it would not have a crown. The Corinthian capitals (also known as orders) is the last developed of the three principal classical orders of ancient Greek and Roman architecture and hence regarded as the most advanced - and it was also the most ornate (somewhat like a bejewelled crown). There is a tension in this work by Finlay that is never quite resolved. Perhaps the other meanings of capital are also important here - as the uppercase beginning letter of a sentence and/or the city in which the government (perhaps a republican governement) is based. Fine condition.