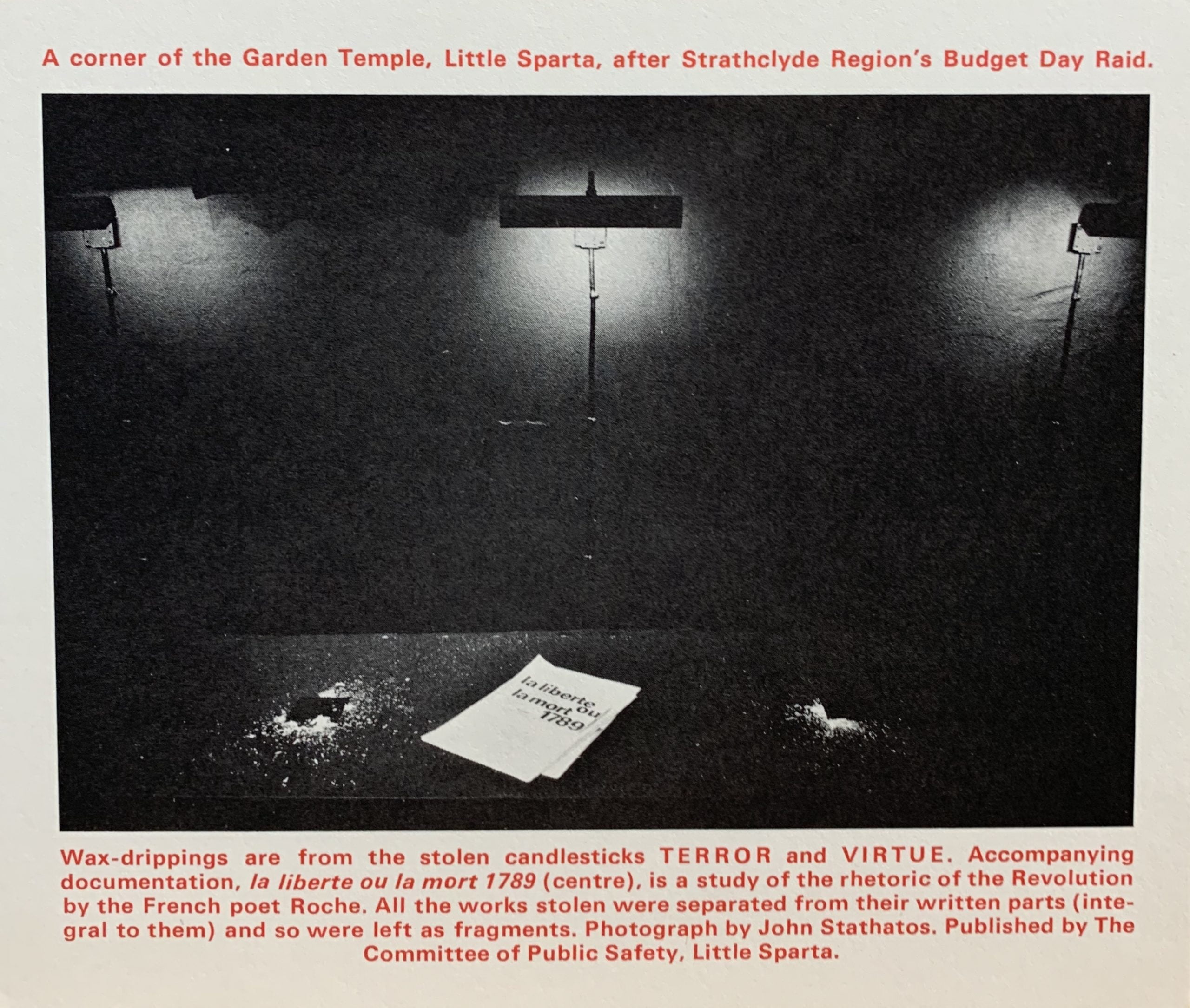 Posted at 17:57h in Artist's Postcards

Little Sparta: Wild Hawthorn Press, 1983
13.3 x 15.6cm, 1pp black and red on white artist's card with a photograph by John Stathatos. The image is of the table in the Garden Temple on the day Strathclyde Region removed candlesticks TERROT and VIRTUE from Finlay Garden Temple as a poinding ac tion to regain the money they claimed they were owed for unpaid rates. the posed photograph also has a copy of a sheet entitled "La liberte ou la mort 1989" - a study of the rhetoric of the French poet Roche. The title in MUrray's catalogue Raisonne is "LIBERTY, TERROR & VIRTUE" but that is perhaps not correct. VG+.