Nottingham: Tarasque Press, 1968
25.6 x 10.4cm, 20pp plus tissue end papers and original card covers. Printed typographic dustjacket. An artist's book published by Stuart Mill's press - seven couplet poems (poems that have two lines, one above the other separated by a thick line) by Finlay are illustrated below by Robert Frame. Each first line has a subject and ends with the word poem - indicating the word or letters below ARE the poem.
One such poem is

The X of course being a letter that looks like the sails of a windmill. 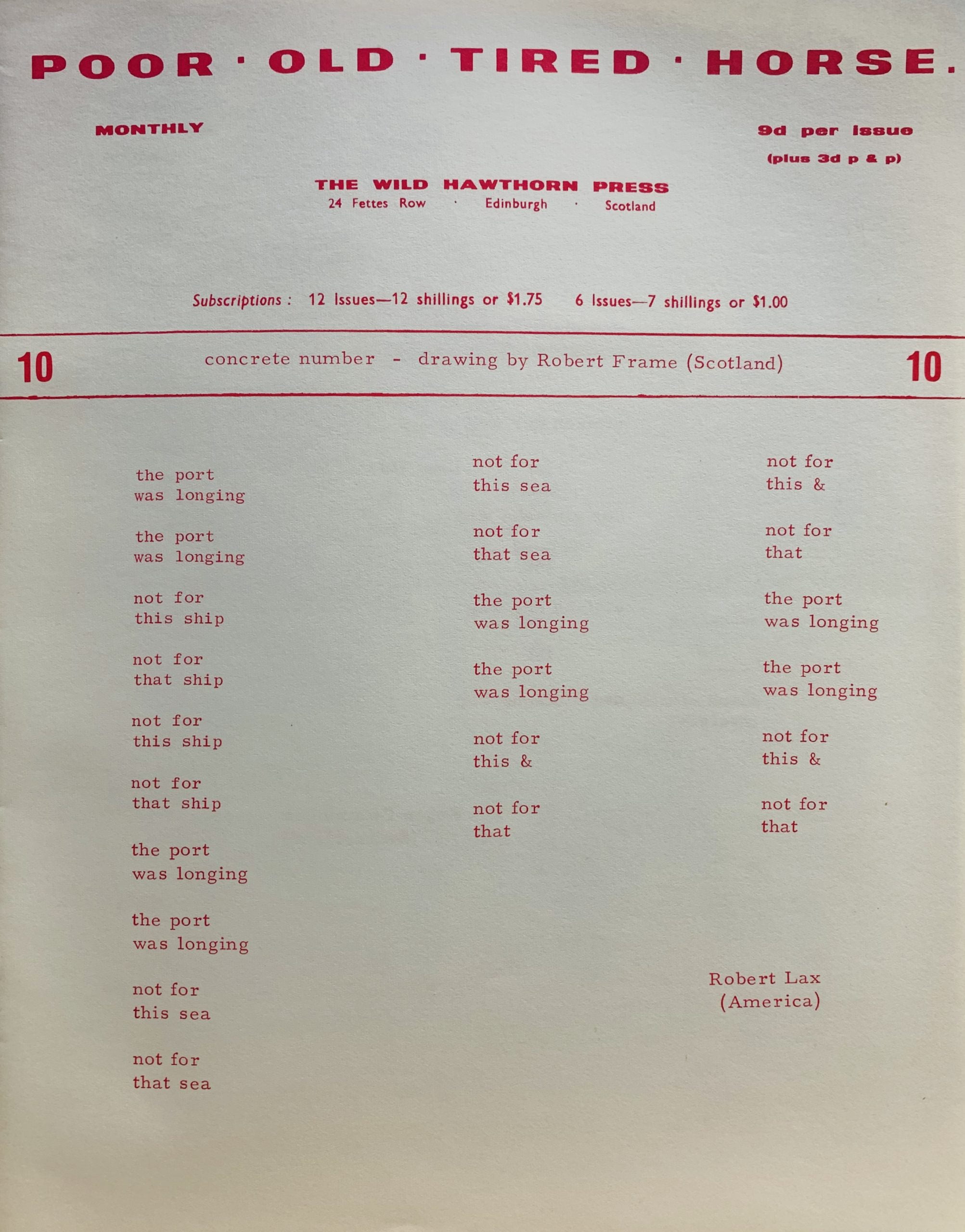