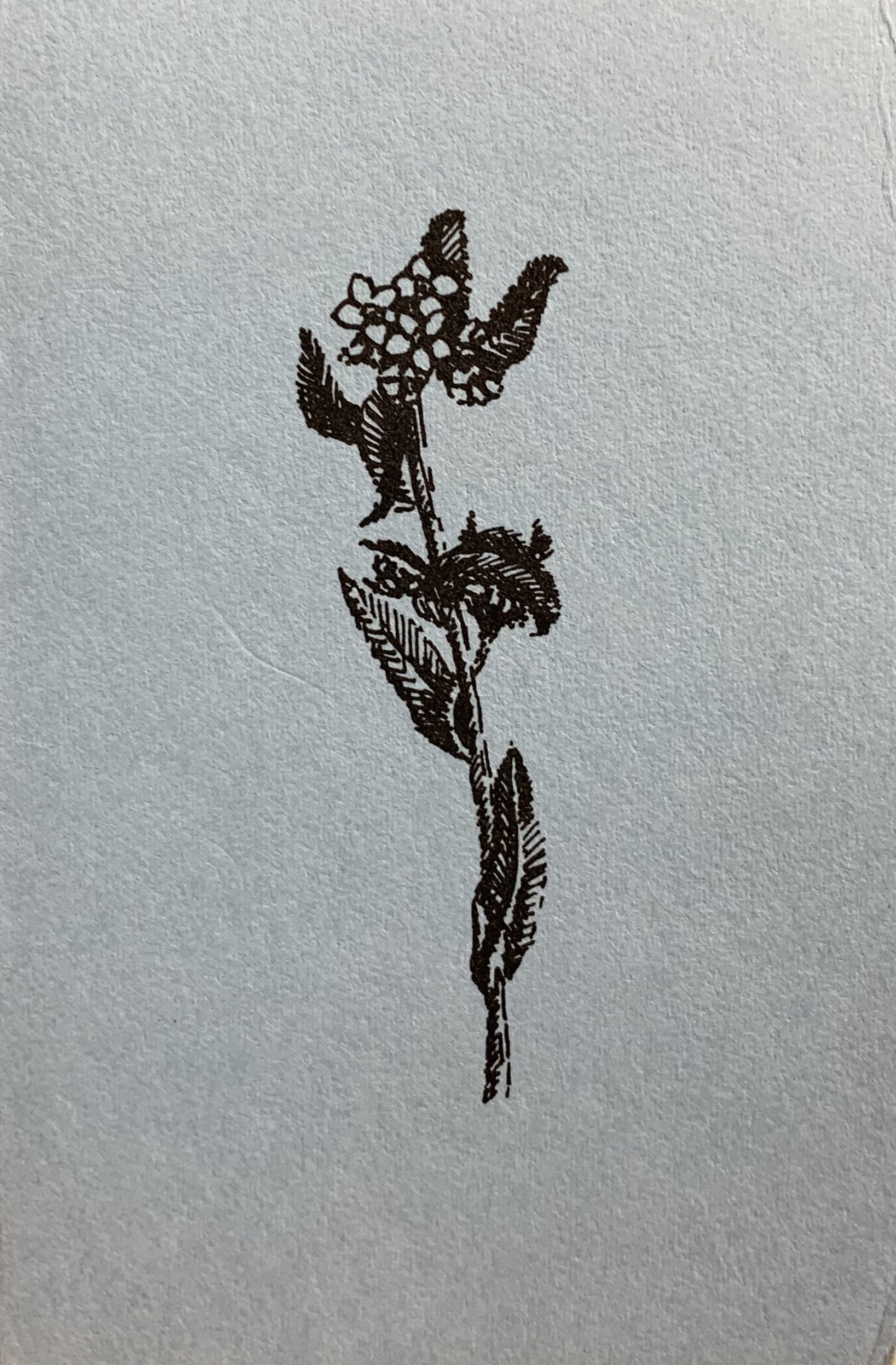 Posted at 23:10h in Artist's Postcards

Little Sparta: Wild Hawthorn Press, 1986
18 x 13cm, 4pp Artist's card black on light blue (to reflect the colour of the flower) with a drawing of the forget-me-not on the front by Stephanie Kedik and a text:
Myosotis Sylvatica
Forget-me-Not

A wild
flower
within

Memory of a loved one is compared to a wild flower growing in the body. VG+. 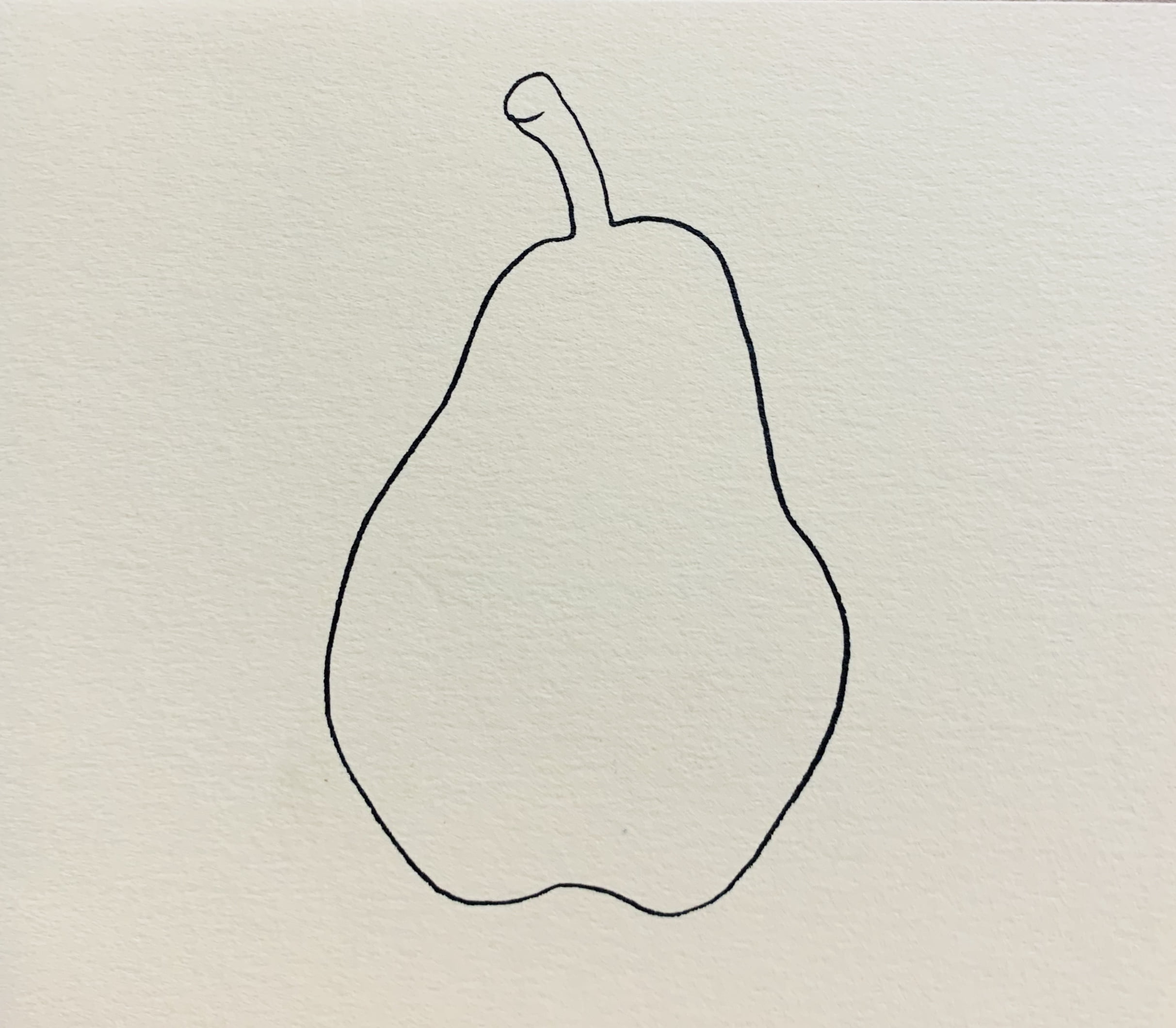 Posted at 09:42h in Artist's Postcards

Little Sparta: Wild Hawthorn Press, 1986
9 x 10.5cm, 4pp folding card with a line drawing of a pear by Stephanie Kedik, printed black on light brown with the following texts on the left and right inner folds - on the left::
very fine
late cherry

and on the right:
fine later
large pear

The references from from Thomas Jefferson's Garden Book that lists his activities in two different gardens during the 1766 to 1824 period (the gardens it should be noted, in a great part, had their upkeep from slaves). Finlay's texts remind the reader of the physical similarity of the two plump fruits but also they differentiate the two gardens of the President's life - in fact the first entry in Jefferson's diary is a description of his cherries and, later, he he writes about a 'Seckel Pear' at Monticello (his second house) claiming this variety "exceeded anything I have tasted since I left France, and equalled any pear I had seen there." The two poems therefore also represent the young and the old life of the gardener. VG+. Scarce.