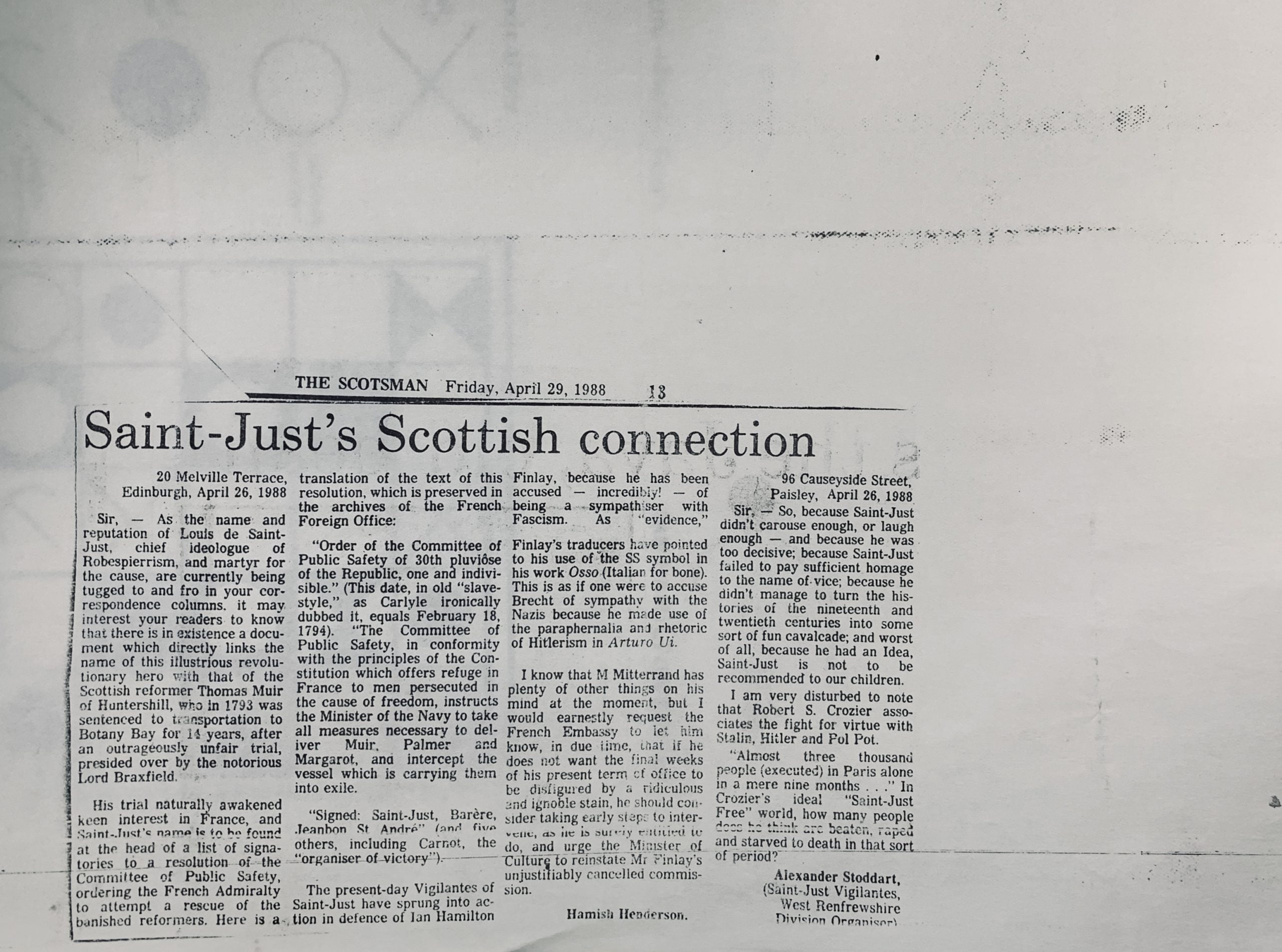 21 x 20cm, 1pp xerox copy of two letters to the Scotsman with the headline " SAINT-JUST'S SCOTTISH CONNECTION" . the first letter from Hamish Henderson after noting a document that directly links Saint-Just to Scottish affairs of the 1790s but goes on to scoff at the idea that Finlay is a Nazi. The other letter is from Alexander Stoddart on behalf of the Saint-Just Vigilantes again in support of Finlay. This was a xerox copied by Finlay and distributed to friends and supporters in his regular mail-outs as was his habit. 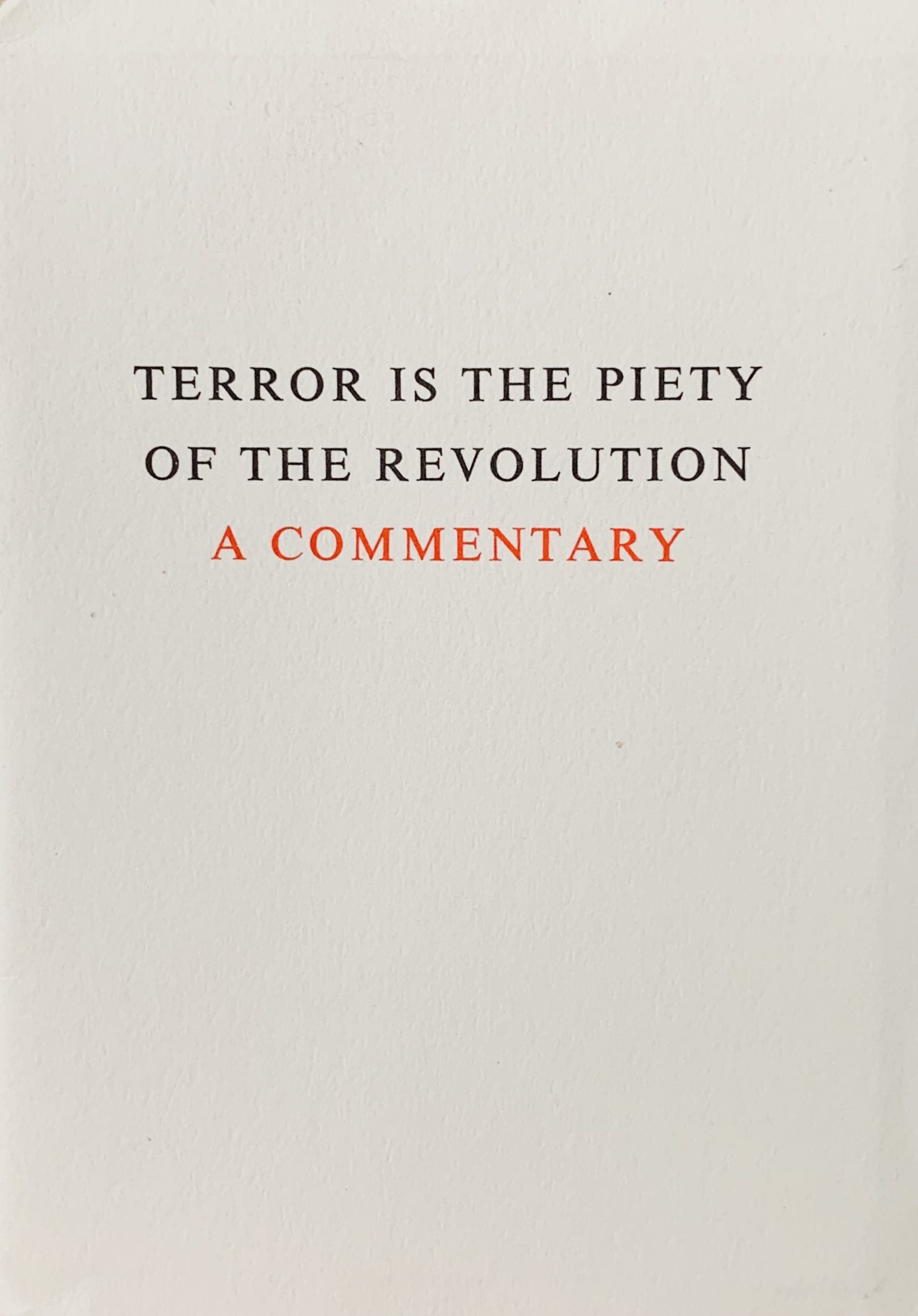 Little Sparta: Wild Hawthorn Press, 1986
11 x 7.7cm, 16pp with printed card covers. A text by Stoddart on sculptural works installed in the Garden Temple considers in the main just one - Terror is the Piety of the Revolution - where the author claims it is a work open to interpretation but "it clears a no-man's-land between the two factions of Neo-classicists and Modernists."
Murray places this in his catalogue raisonne as the last work in the "Wild Hawthorn Press" section - by which he really means it is the last of the books/works published by other authors who are not Finlay himself. The gap in time between the 13th publication in that section and this one is 20 years - which makes us question that categorisation although Murray is right (without actually saying so) to note that Finlay did not publish any other authors other than himself and collaborations after 1968 (with the cessation of Poor. Old Tired. Horse.), We have kept to Murray's organisation scheme here but with slight qualms. Scarce book - VG+ although very slight rust to one staple

Posted at 14:52h in Artist's Postcards

Little Sparta: Wild Hawthorn Press, 1983
22.5 x 9.5cm, 4pp, black on grey thin card with a drawing by Alexander Stoddart of a bust of Saint-Just with the name of the revolutionary altered to read "Satin Juts" - an anagram of the name. VG+.