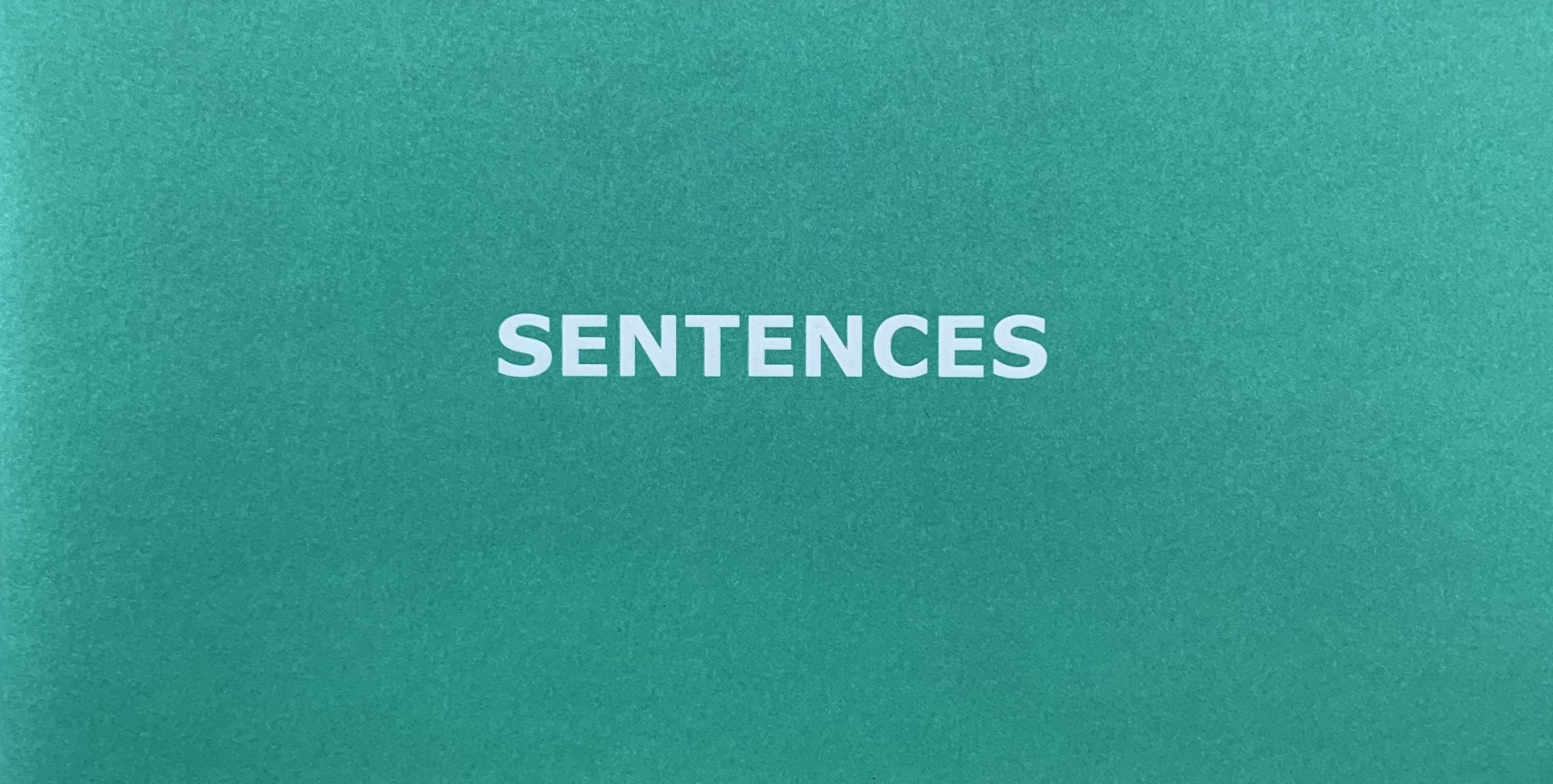 Edinburgh: Inverleith House, 2005.
14 × 27cm, 32pp plus typographic green card covers. Artist's book with various textual works issued on the occasion of an exhibition where the same texts were printed on the walls of the gallery. It felt old - there was not much new in the show and it appeared a lazily curated affair. The book is similar - really an anthology of older work. It could be argued to be an exhibition catalogue but given the lack of commentary we have placed this as an artist's book albeit one that really isn't that great (the works are of course great but all having been seen before in other contexts). In less than one year's time Finlay would sadly be dead. One of 1,000 copies, VG+. 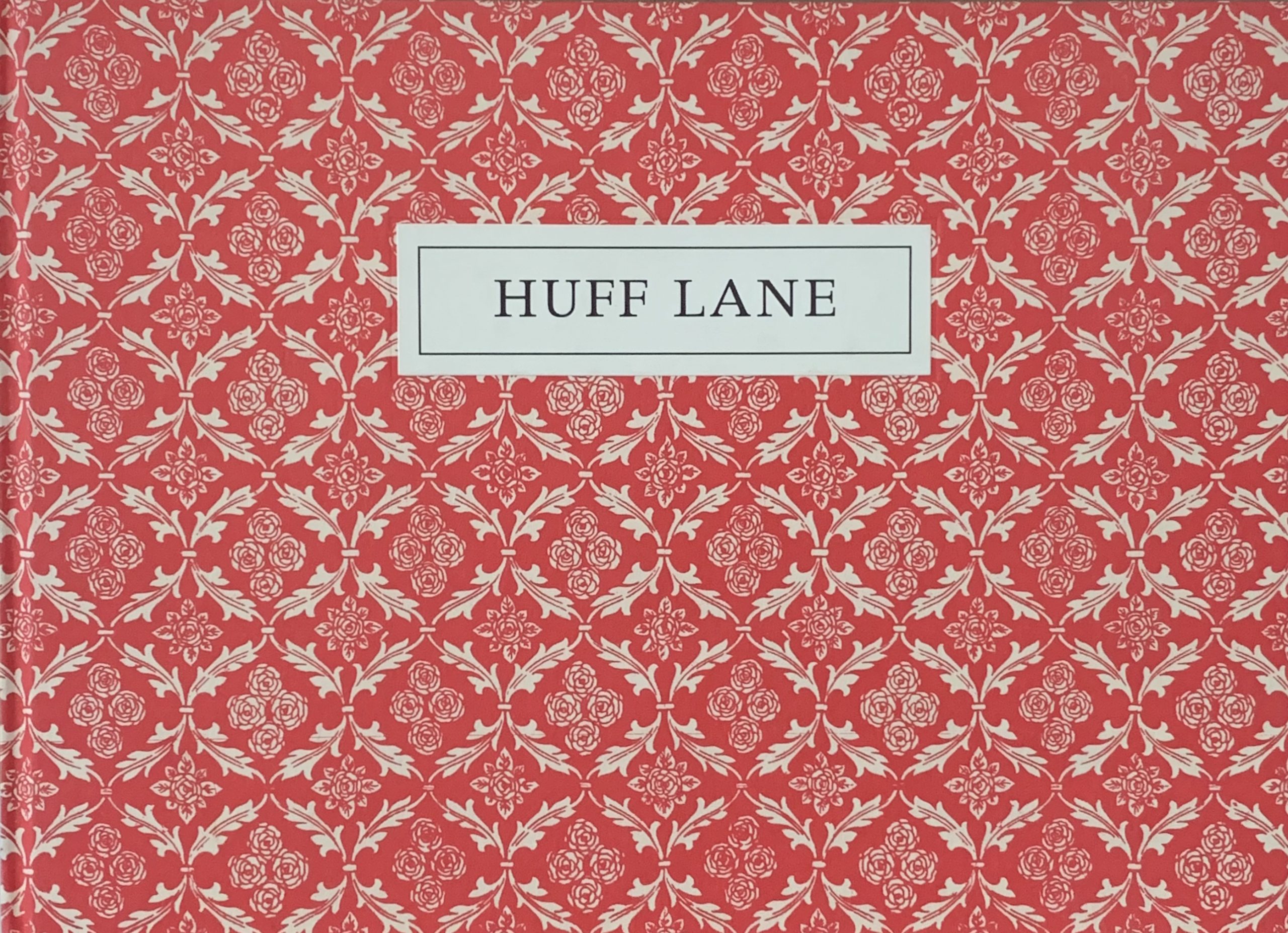 Little Sparta: Wild Hawthorn Press, 2000
15.2 x 21.4cm, 48pp plus red patterned boards. Artist's book with eighteen b/w photographs by Robin Gillanders ofone of the small sections of Little Spartas which Finaly denoted as Huff Lane - in part a joke about being somewhere to go and sit when feeling aggrieved ("In the huff" as Scots say.
Along the lane are five low benches inscribed with epigrams such as:

"A lane cannot be measured in metres"

This line may be related to another bench:

"In a lane one will not encounter Apollo but one may come upon Pan."

The former is a punny musical reference (Pan after all plays the pipes) and a lane is usually shadowed from the sun but also it has music from nature:

"A song of a skylark may return us to Shelley, a lane may lead us back to Clare."

Both Shelley and Clare are romantic poets.
GIllander's photographs are also of flowers found during the (very) short walk.
One of 300 such books published for Christmas 2000. VG+. Finlay gives Pia Simig a credit for being part of the conceptual idea. 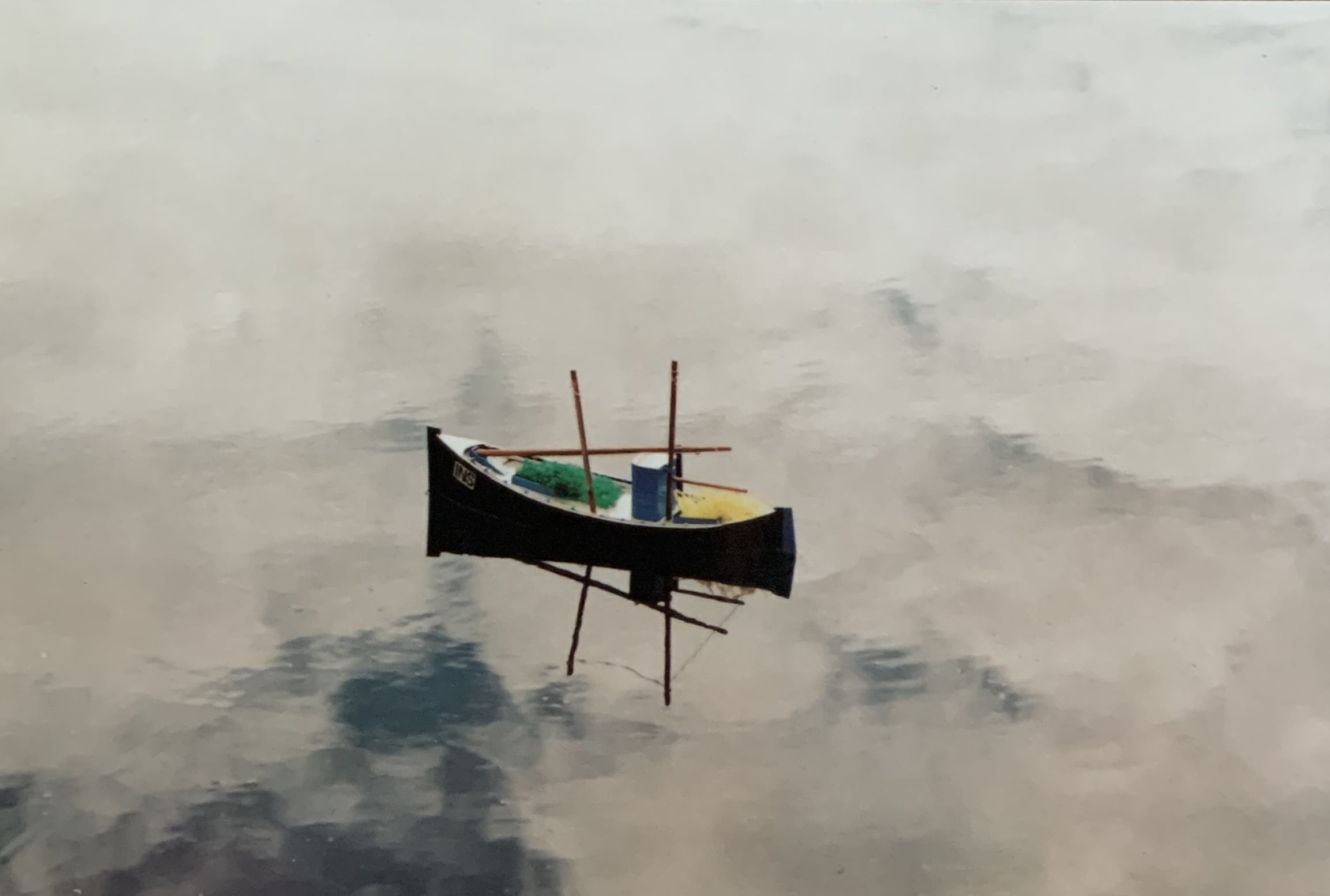 Posted at 21:23h in Artist's Postcards

Little Sparta: Wild Hawthorn Press, 1998
10 x 15cm, 2pp artist postcard with a colour photograph by Pia Maria Simig (PMS) of one of Finlay's boat models. On the back the card reads:
MFV
iHF, PMS
WHP
Obviously the names of model maker and photographer and the publisher are abbreviated and so is "Motor Fishing Vessel". Finlay obviously enjoying the game of every aspect of the card being reduced to capital letters. VG+. 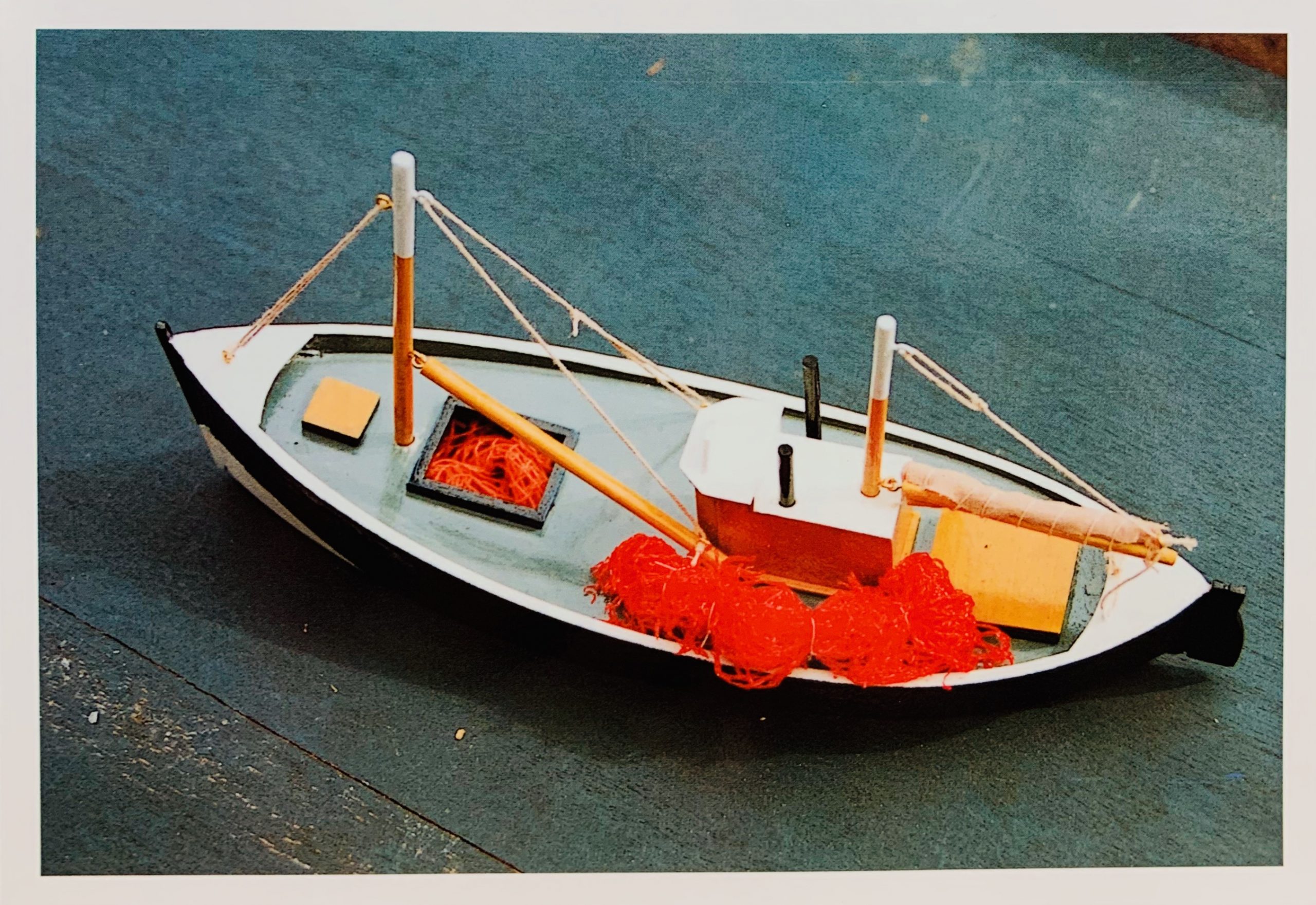 Posted at 15:43h in Artist's Postcards

Little Sparta: Wild Hawthorn Press, 1996
11.2 x 16cm, 2pp artist's card with a full colour photograph by Pia Maria Simig of a model boat by Finlay. The highly colourful boat with its orange/red nets is an homage in colour to paintings of boats by Van Goch. VG+. 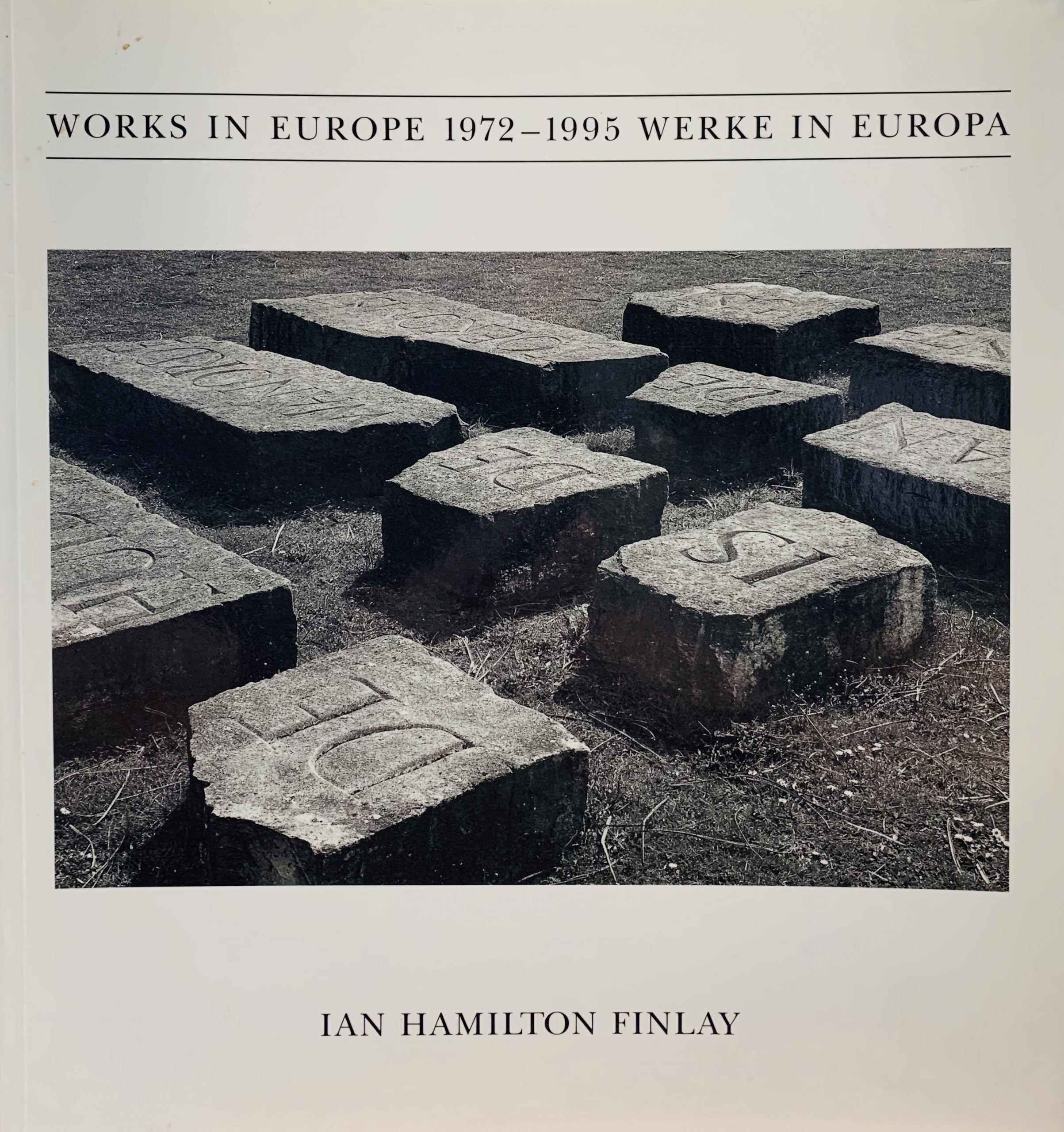 Posted at 19:59h in Exhibition Catalogues

Little Sparta: Wild Hawthorn Press, 1995
252 x 14.8cm, 28pp plus card covers and typographic dust jacket. A proposal in book form for the cladding and internal walls and glass of a German bank. The external works are all "definitions" such as:

which is ironic for a bank.
Internally wall paintings of "Evening will come they will sew the blue sail" and also "Wave/Rock" are found. The glass entrance doors have Star/Steer etched upon them.Text in English and German and all works photographed in b/w. The central seven images of the outer claddings open out as an accordion fold-out. VG+. 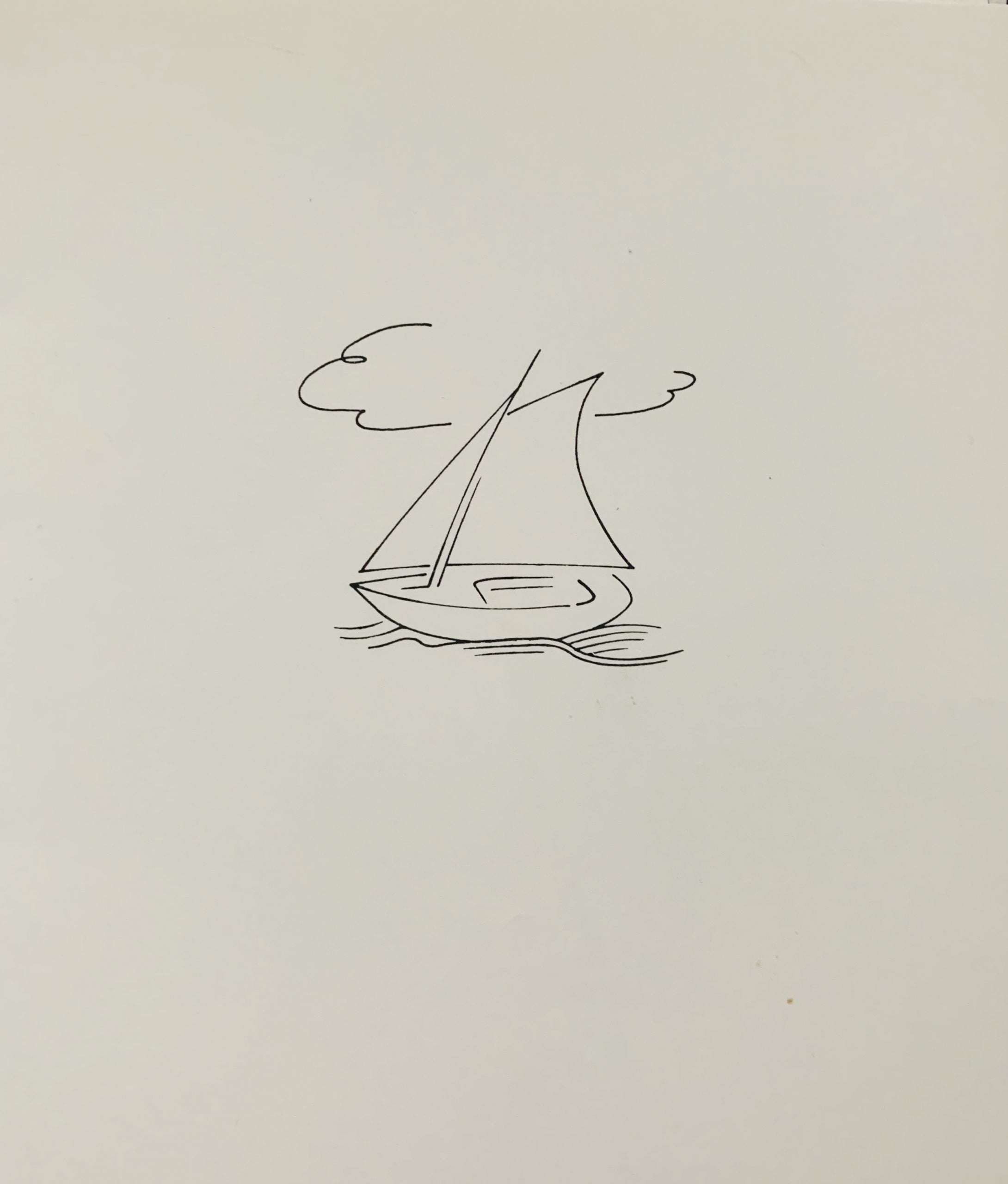 Posted at 09:58h in Invitation Cards 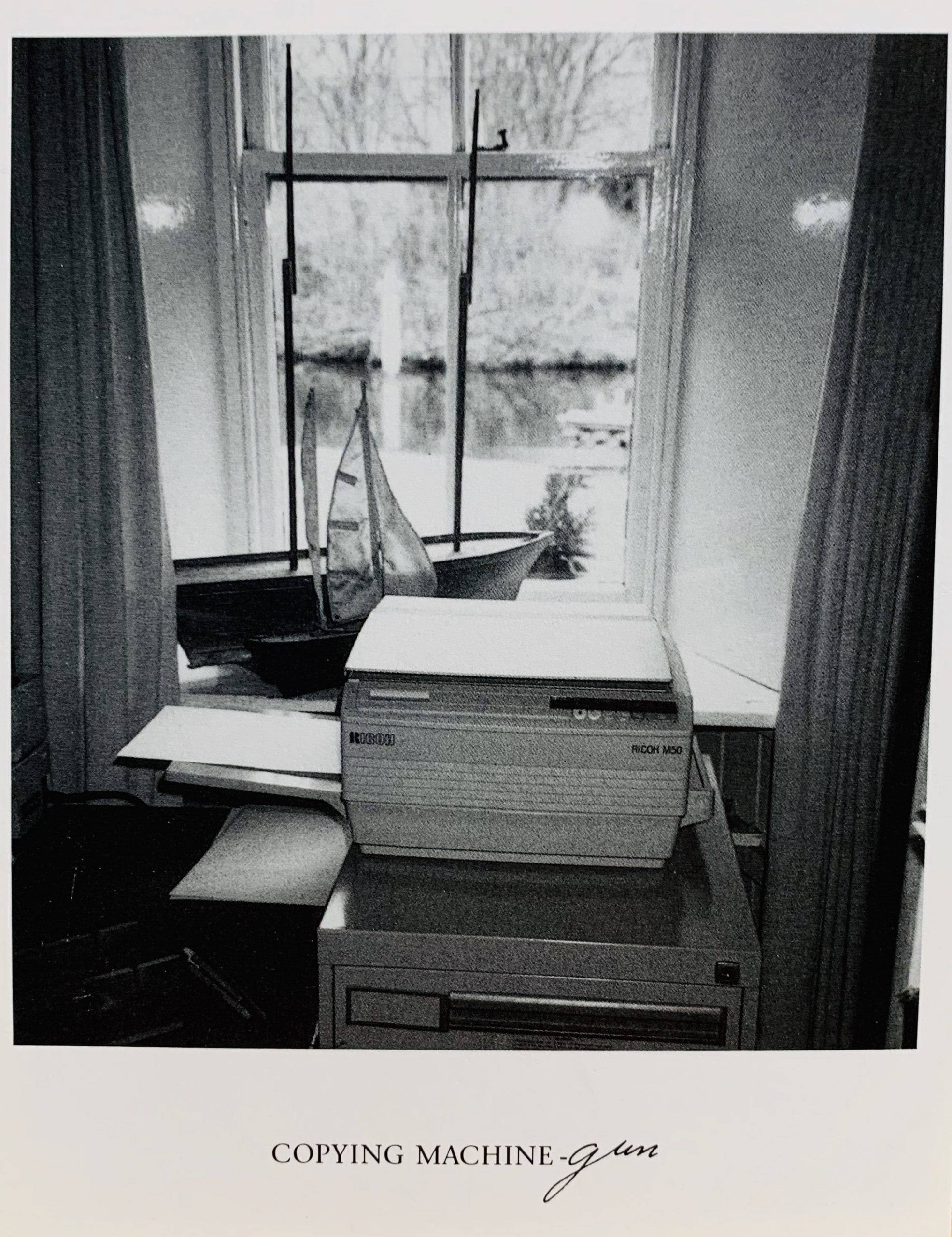 Posted at 21:23h in Artist's Postcards

Little Sparta: Wild Hawthorn Press, 1993
14.5 x 11.5cm, 2pp card with a photograph by Pia Simig of a photocopying machine in b/w. Below the image Finlay has added "COPYING_MACHINE-gun" - the sound of an old fashioned copier when set to repeat is somewhat similar to that of a machine gun shooting bullets quickly and repetitively. VG+. 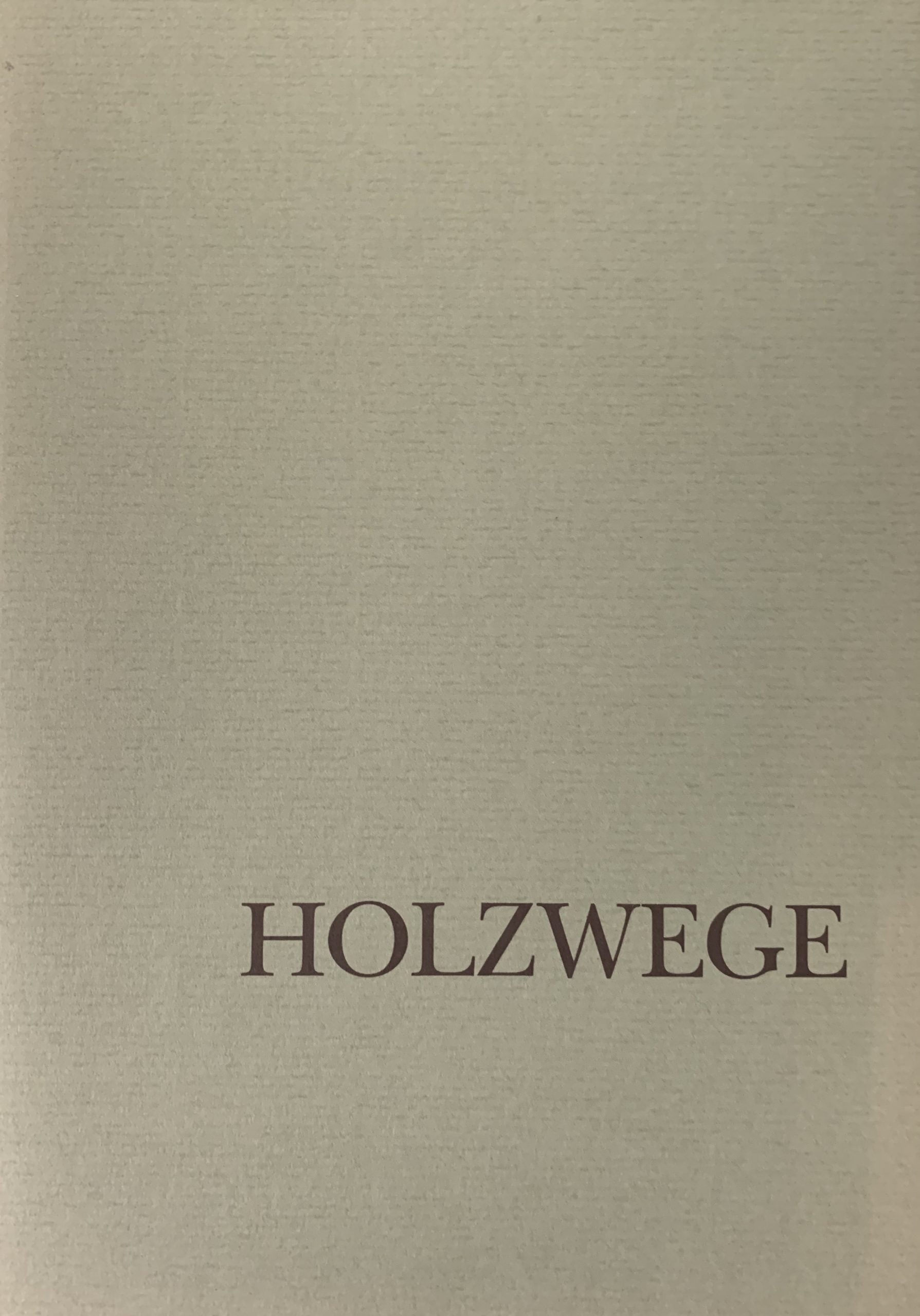 Posted at 20:34h in Exhibition Catalogues