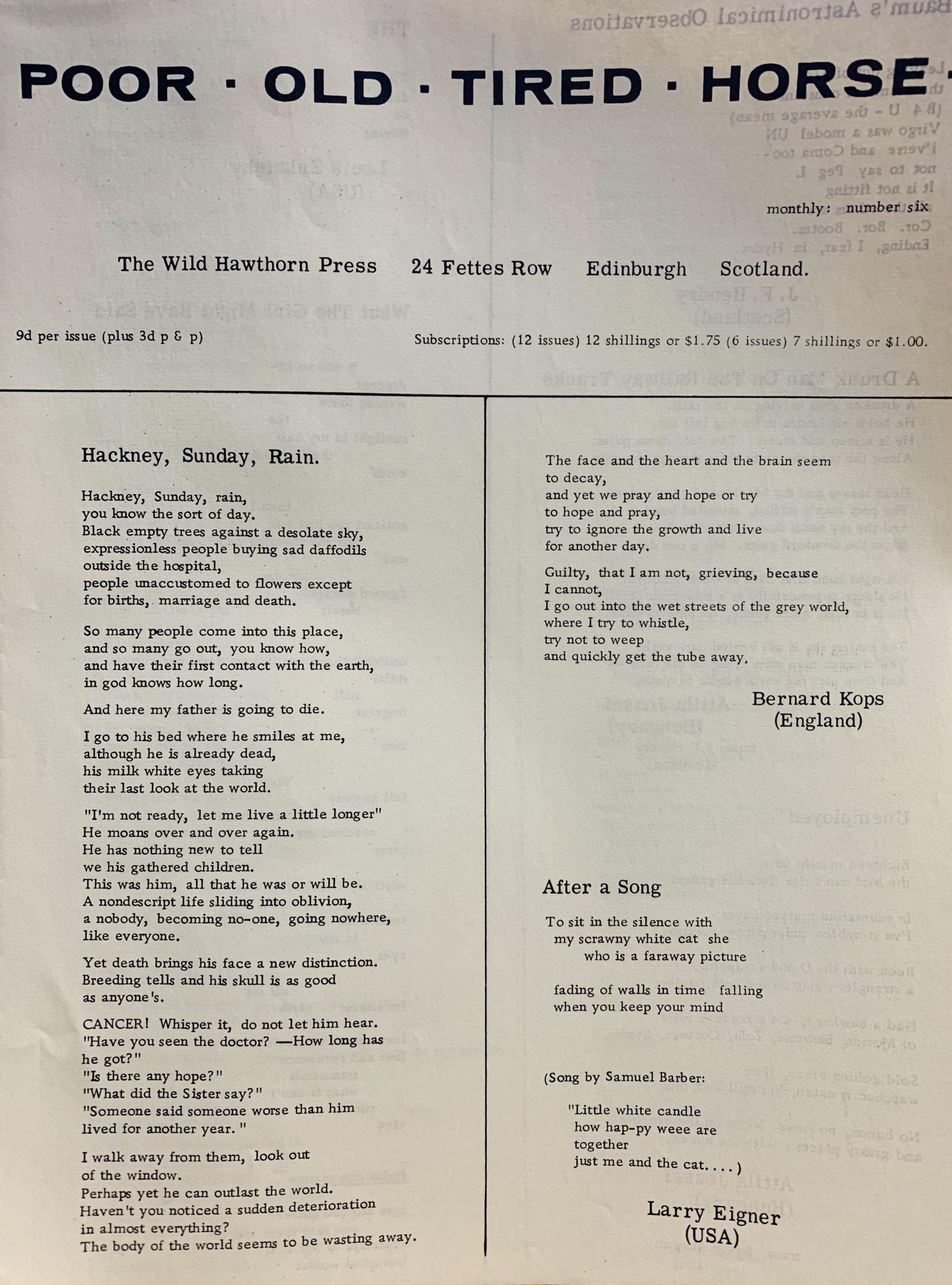 Importantly this was the first number of POTH that contains a work that is clearly identifiable as a concrete or visual poem – the back cover has three works by Marcelo Moura, Pedro Xista, Augusto de Campos which Finlay notes are “Concrete Poems from Brazil”. It appears it was the South American poets who first gained Finlay’s attention and led him to primarily work in the milieu.

Some copies of POTH Nr 6 have a printed slip inserted announcing that “From now on, P.O.T.H. will contain graphic art as well as poetry” – although this copy does not have that slip – but that is a further indication that this was a pivotal number of the journal.